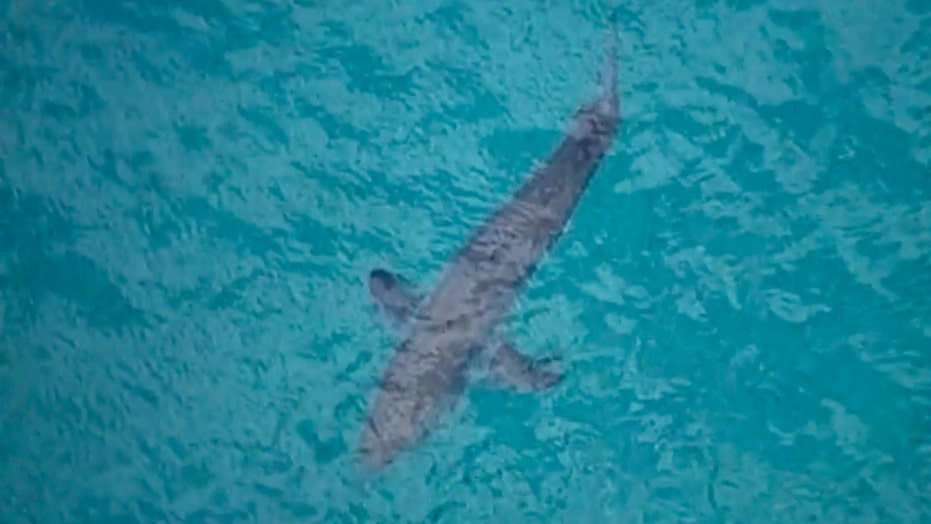 A shark documentary filmmaker was bitten by one of the predators in Australia — but professed to reporters, “I still love sharks,” as she was taken away to a hospital on a stretcher for her injuries.

“I still love sharks! Sharks are beautiful!” a smiling Anika Craney shouted as she was wheeled into Cairns Hospital in Queensland following the attack, online video shows.

Craney, 29, was gnawed on her lower left leg by a shark while swimming off the coast of Fitzroy Island, near Cairns, Queensland Tuesday afternoon, the Brisbane Times reported. It is not known what kind of shark attacked her.

AUSTRALIAN TEENAGER, 15, KILLED IN SHARK ATTACK WHILE SURFING, 2ND SUCH DEATH IN A WEEK: REPORTS

Craney was in Cairns as part of a seven-person crew filming a YouTube series, according to the Brisbane Times.

Dean Cropp, the captain of the Barefoot II vessel on which Craney was listed as a deckhand, videographer, and nurse, said Craney swam into the island with another crew member and was bitten on her left leg in about 16 feet of water.

A Cairns-based state-government-owned rescue helicopter later flew Craney from the island to Cairns Hospital where she was listed in stable condition, the news outlet reported.

“She seemed to be more worried about missing out on the adventure then the injuries,” Cropp told the Brisbane Times of Craney. “While you hope it doesn’t happen to you, you know it’s part of the risk.”