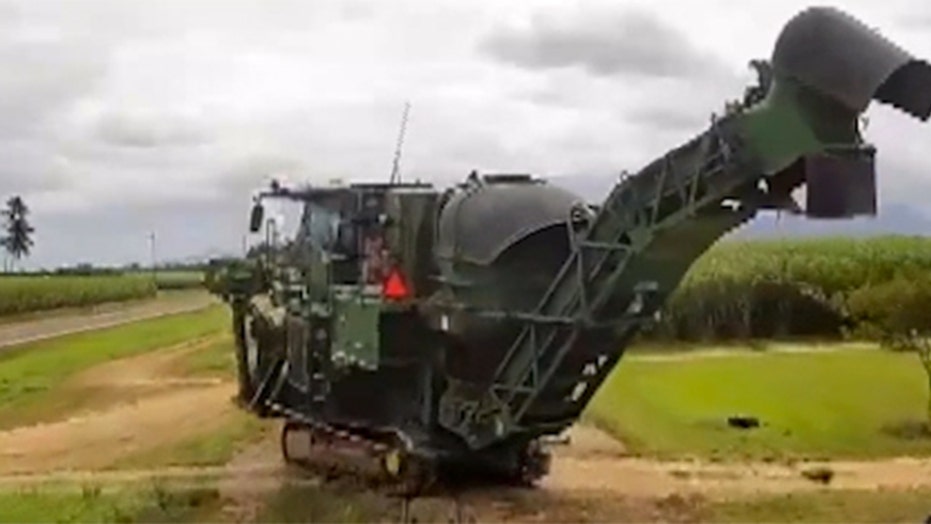 In a public appeal for safety, following a spate of similar accidents, an Australian sugar company has released a dashcam video of one of its cane trains colliding with a slow-moving farm vehicle crossing the tracks.

Dashcam video from the train shows it approaching a railway crossing as a harvester begins to slowly cross the tracks. Despite the locomotive driver applying the brakes and sounding the horn several times, the company said he could not avoid striking the farm vehicle.

No one was injured, although both vehicles sustained significant damage, the company said.

“Cane trains can’t swerve and they can’t stop quickly,” said Paul Giordani, a general manager for the company. “Locomotives can haul in excess of 1,000 tonnes of rolling weight, so can take up to one kilometer to stop after brakes are applied. As this incident proves, even if a [locomotive] driver sees you on the track, he or she may not be able to stop in time to avoid hitting you.”

Giordano urged people to take better care around the company's rail network. He said the accident was one of a series of collisions and near hits to occur across the company’s four milling regions since the sugarcane crushing season began in June.

Other collisions included a cane train striking a vehicle at another rail crossing in Ingham, a minor accident with a harvester in the Toobana area, and smashing the front of a utility vehicle that parked too close to the rail line at Proserpine.

Close calls have included three instances of children playing too close to the railway lines and a woman who was seen lying beside the track as a train approached.

“Anyone of those incidents had potential for someone to be seriously injured or worse,” Giordani said. “Please approach all cane railway crossings with caution, obey all signs and signals, and always give way to oncoming cane trains.”