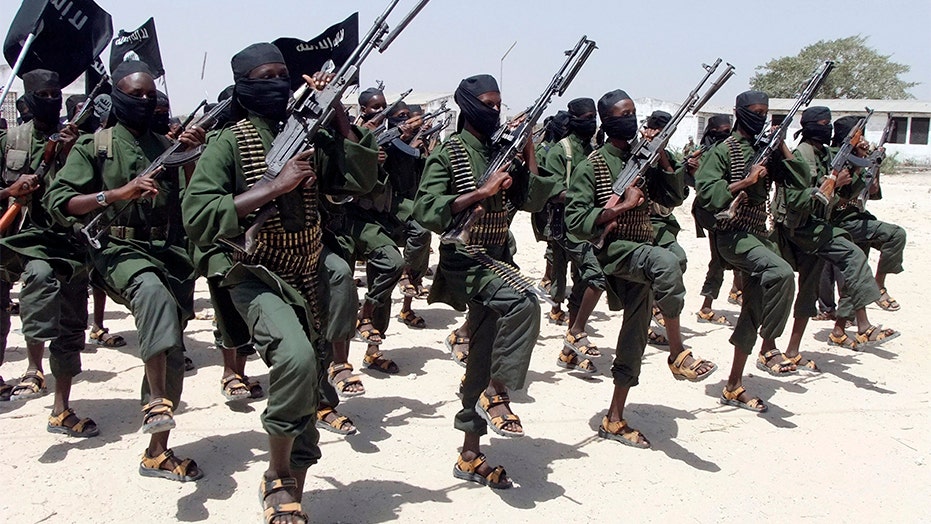 A car bomb exploded at the gates of a military base in Somalia’s capital Saturday, killing at least eight soldiers and wounding 14 others, with the toll expected to rise, police said.

The al-Qaeda-linked al-Shabab extremist group quickly claimed responsibility via its radio arm, Andalus. The group often targets military sites in Mogadishu and controls large parts of southern and central Somalia, with little sign of being hampered by the coronavirus pandemic.

The stadium’s reopening had been celebrated by Somalia’s president and others as a sign of the Horn of Africa nation’s attempts to rebuild from three decades of conflict and chaos — though mortar blasts outside sent fans ducking for cover.

Al-Shabab has been the target of a growing number of U.S. military airstrikes under President Donald Trump’s administration, with at least 63 strikes carried out last year alone.

But the Somalia-based extremist group has been resilient, recently improving its ability to build explosives and supporting its deadly work by taxing travelers along major routes in the country and extorting businesses.

Women carrying jerrycans with water in IDP camp. Somalia in the grip of an unprecedent and devastating food crisis. Drought has caused crops to fail and cattle to die in Somalia causing severe food and water shortages. Brutal conflicts in South Sudan, Yemen and Nigeria and Somalia have driven millions of people from their homes and left millions more in need of emergency food. In Somalia, where cholera outbreaks have killed hundreds of people, the looming famine threatens 6.2 millionmore than half the population. It threatens to bring back the grim reality of 2011, when 260,000 Somalis starved to death. For over two decades, Somalia has been in a state of complex humanitarian crisis, with socio-economic, political and environmental factors leading to widespread conflict, drought, more recently flooding and numerous other recurrent human and natural disasters. In recent days, thousands of Somalis have trekked to Mogadishu desperately searching food and aid. (Photo by Maciej Moskwa/NurPhoto via Getty Images)

While Somalis and returnees from the country’s diaspora continue to invest in renewal, the insecurity poses a daily threat and complicates political tensions.

When the prime minister was ousted in a parliament vote of no confidence last month, lack of sufficient progress in improving security was cited — along with disagreements over the timing of a crucial national election set for early next year.

Last month’s vote came just days after the president and regional governments, which have had a tense relationship, had agreed to hold a timely election. Somalia had aimed to hold its first one-person-one-vote in 50 years, but that prospect is fading.

How such a vote can be held in areas under the sway of al-Shabab remains unclear.