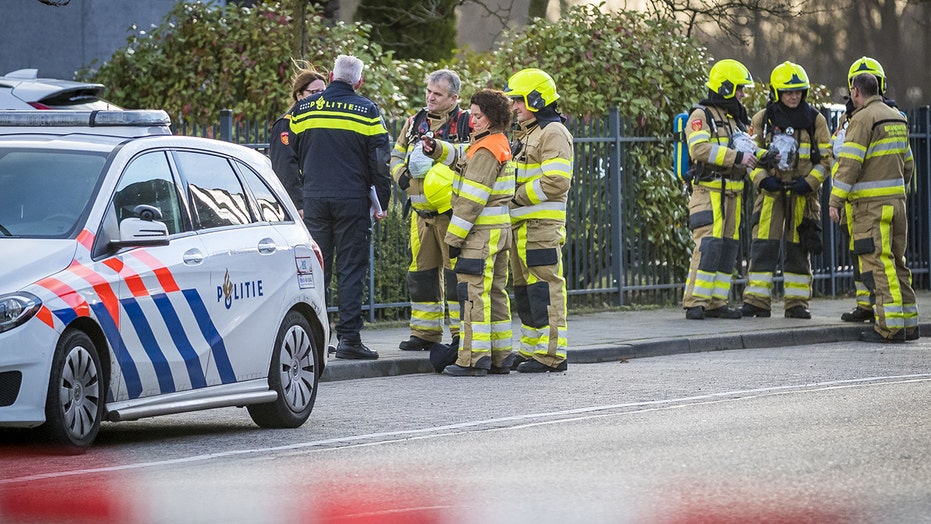 A fourth letter bomb found within a two-day period in separate locations across the Netherlands exploded Thursday in Amsterdam in the latest wave of threats made from extortionists demanding payment in the form of Bitcoin. Three explosives – two found in businesses in Amsterdam and another in a Dutch town bordering Germany -- were the first to detonate, but the explosions did not cause any serious injuries.

A letter bomb exploded at the headquarters of banking group ING outside Amsterdam Thursday, Dutch News reported. The explosive went off after an employee opened a letter at the office located south of the city.

One person was treated for smoke inhalation after the letter caught fire, but no one was seriously hurt, police said. Journalist Mick van Wely shared images on Twitter showing police and explosive experts vans outside ING headquarters.

Earlier Thursday, an explosive found inside a parcel at the office of a U.S. information technology firm Unisys was disarmed by local police before it could detonate, Reuters reported. (Unisys is in the town of Leusden, outside of the Dutch city of Utrecht, located about 30 miles southeast of Amsterdam.)

The first letter bomb found this week exploded at about 8 a.m. local time Wednesday inside ABN Amro bank mail-sorting office in Amsterdam. The employee heard a hissing noise coming from inside the parcel and threw it in the trash, police said. Moments later, it detonated. No one was hurt.

Less than an hour later, about 140 miles away in the Dutch town of Kerkrade, located near the German border, a second letter bomb detonated inside the mailroom at Japanese printer company Ricoh, also not harming anyone, Dutch daily morning newspaper, De Telegraaf, reported.

Emergency services stand outside a postal sorting company after a bomb letter is believed to have detonated in the mailroom in the southern city of Kerkrade on February 12, 2020. (Photo by MARCEL VAN HOORN/ANP/AFP via Getty Images)

Both explosions were minor, and according to police, were about the size of small fireworks. The two letter bombs found Wednesday were the first to detonate. There have been no arrests announced in the investigation, according to The Associated Press.

Also Wednesday, local police in Maastricht responded to calls about a suspected letter bomb at the ABN Amro bank branch in that southern city. They found no explosives; instead, a computer mouse inside that parcel, Aljazeera reported.

Emergency services stand outside a postal sorting company after a bomb letter is believed to have detonated in the mailroom in the southern city of Kerkrade on February 12, 2020. (Photo by Sem VAN DER WAL / ANP / AFP) / Netherlands OUT (Photo by SEM VAN DER WAL/ANP/AFP via Getty Images)

Amsterdam police said in a statement they are taking into account the possibility that the latest mailroom explosions are linked to a string of letter bombs and warning letters sent to businesses last month. None of those devices detonated.

The wave of letter bombs dates back to last month. Since Jan. 3, letter bombs have been sent to locations across the Netherlands, including a hotel, a gas station, garage, a real estate agent and a bill collection service. All were disarmed before they could explode, Aljazeera reported. The explosives came with letters demanding payments in the form of the cryptocurrency Bitcoin. Authorities have not disclosed the amount of money demanded.