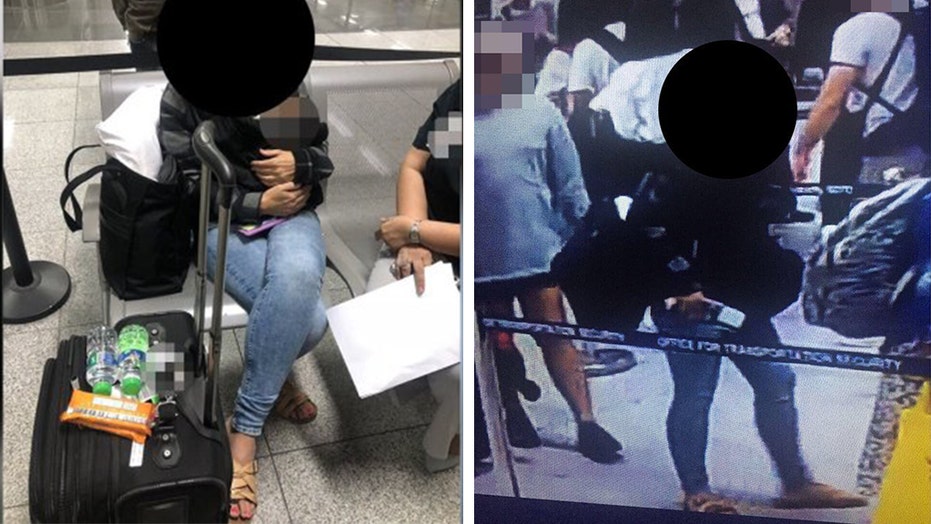 An American woman allegedly tried to fly out of the Philippines with a six-day-old baby inside her carry-on, officials said.

The 43-year-old woman was found with the infant inside her suitcase at the Ninoy Aquino International Airport in Manila on Wednesday, Philippines Immigration Bureau spokesman Melvin Mabulac said.

“She did not have any travel documents for the infant,” Mabulac said. The woman apparently was traveling alone and claimed to be the infant’s aunt.

An American woman was detained at a Philippines airport after a 6-day-old baby was found in her carry-on. (Philippines Bureau of Immigration)

The woman was being detained and requested to speak to the U.S. Embassy before being questioned.

She was trying to board a flight to the U.S. around 6:20 a.m., CNN Philippines reported. The news agency identified the woman as Jennifer Talbot and said the infant was a Filipino baby.

Airport staff discovered the six-day-old infant when they went through the woman’s oversized carry-on luggage, officials said, adding that they planned to charge her with child trafficking.