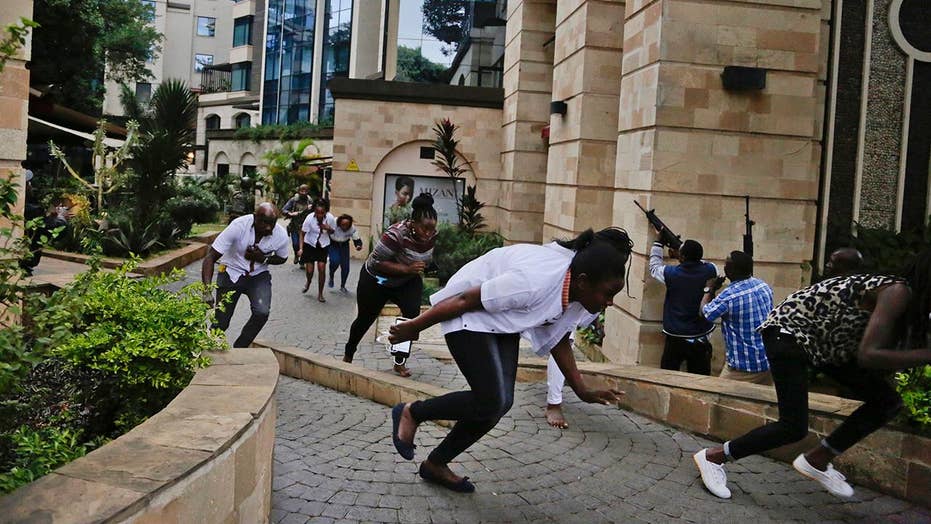 An American businessman who was killed when extremists launched an assault at an upscale hotel complex in Nairobi, Kenya, on Tuesday was a survivor of the Sept. 11, 2001 terror attacks and was “trying to make a positive change” in the country, his family said.

Jason Spindler, who would have turned 41 next Tuesday, was among the 14 people killed when explosions and gunfire erupted in DusitD2 hotel complex, which includes bars, restaurants, offices and banks in the Kenyan capital, said I-DEV International, the company he co-founded.

The U.S. State Department said an American citizen was killed in Tuesday’s attack, but did not release his identity.

His brother, Jonathan Spindler, confirmed the death on Facebook and said the 40-year-old was a survivor of the 9/11 attacks, the New York Daily News reported.

Jason Spindler was among the 14 people killed Tuesday during the attack at a hotel complex in Nairobi, his family said. (Facebook)

“It’s with a heavy heart that I announce that my brother, Jason Spindler, passed away this morning during a terror attack in Nairobi,” the grieving brother wrote on Facebook. “Jason was a survivor of 9/11 and a fighter. I am sure he gave them hell.”

"We all miss him so much. And it's so sad that such a bright young person is taken away by terrorism," the mother said.

Spindler joined the Peace Corps following 9/11 and attended the University of Texas at Austin and New York University Law, according to his mother. His father, Joseph, said his son worked in the Nairobi complex and often ate at the cafe in the hotel that was targeted by the gunmen. Spindler worked with international companies to form business partnerships in Kenya that would boost local economies, his father said.

“Jason Spindler was one of those rare men who was loved by pretty much anyone be touched in Kenya and around the world. Today he was killed in the terrible al shabab attack in Nairobi. He chose a life of hope and inclusion.  I am grateful to have known and learned from him,” Schroeder tweeted.

Few details have been released about the victims in the attack, which Somalia-based extremist group al-Shabab had claimed responsibility for. At least one British national also died, the British high commissioner in Kenya said.

The gunmen began their assault around 3 p.m. local time, sending hundreds of people fleeing from the area or seeking shelter in corners of the buildings. Photos and videos from the scene showed vehicles on fire as people ran from the area. Several people reported seeing bodies in the hotel lobby.

"I am a Muslim and I am Somali, I am Kenyan living here, and in that way I can assure you if al-Shabab found me today they call us what they call 'Mortad' (apostates), that is, someone who works against them and they wouldn't differentiate me from yourself," said Mohamed Yasin Jama, a friend of two colleagues killed.

Kenyan President Uhuru Kenyatta said on Wednesday the operation to secure the complex was completed.

"All the terrorists have been eliminated," Kenyatta said, without specifying the number of attackers who were involved in the incident.

Al-Shabab - which carried out the 2013 attack at the nearby Westgate Mall in Nairobi that left 67 people dead – has vowed retribution against Kenya for sending troops to Somalia to fight it since 2011. The extremist group has killed hundreds of people in Kenya.