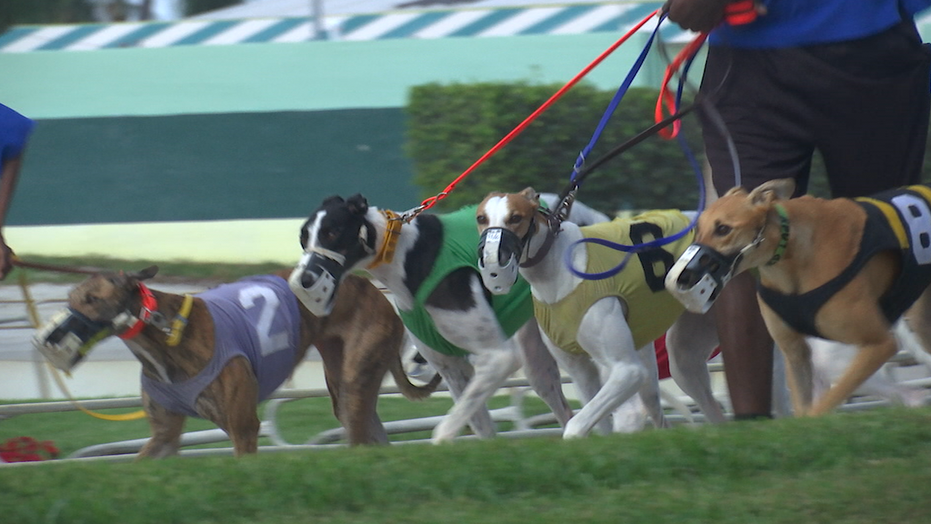 Nearly 1,000 greyhound racing dogs died or were killed last year in England, causing welfare groups to call for an end to the sport

Nearly 1,000 greyhound racing dogs either died or were killed last year in England, leading animal welfare groups to call for an end to the sport in the United Kingdom.

The staggering death numbers were released by the Greyhound Board of Great Britain, (GBGB) in an effort to improve conditions of greyhound racing and limit the amount of unnecessary animal deaths, according to the Guardian.

The welfare groups say the middle ground of reforming the sport cannot be done because of the "dangerously configured" oval tracks that cause a majority of the dog’s injuries. They say the only option is to end the sport, which has been running since the 16th century.

“The greyhound industry continually fails to live up to its promises to truly put welfare first,” said Chris Luffingham from the League Against Cruel Sports. “What these greyhounds really need is not yet more promises from the industry, but for the sport to be phased out and the greyhounds found good homes where they can live long and healthy lives.”

Once the racing greyhounds get injured, many of them get put down because of the high cost of medical bills, lack of a "viable option away from the racecourse" and the struggle to find a suitable home. In 2018, hundreds of dogs were put down for these reasons.

The GBGB called those reasons "avoidable and unnecessary deaths," which they say have no place in the sport. About 250 greyhounds were euthanized on the track last year, with some dying from sudden death and another 190 being put down for being "unsuitable for homing."

According to the GBGB, roughly a quarter of the dogs were given new homes and 60 percent were taken into a greyhound charity.

Trudy Baker, coordinator of Greyt Exploitations, a nonprofit aimed to protect greyhounds, says even when the dogs were retired, they stayed in a dangerous environment.

“The truth is hundreds of dogs listed as ‘retired’ by the GBGB still remain in a commercial environment, confined to trainers’ kennels that have failed to comply with an agreed British Standard Institute specification, either used for breeding, forced to routinely donate blood or simply awaiting rehoming,” Baker said. “No amount of ineffective ‘window dressing’ welfare commitments will address the suffering and deaths of thousands of dogs racing on dangerously configured tracks.”

Mark Bird, the managing director at GBGB, says the industry needs increased and sustained funding to allow welfare programs to flourish for the greyhounds.

For others, transparency is key to helping the greyhounds.

“Transparency is key to understanding how we can improve welfare standards... We want more greyhounds to find new homes and to enjoy a healthy retirement when they leave the sport," said animal welfare minister, David Rutley.

In the U.S., greyhound racing has been legal since 1931. The sport, however, has declined over the years and is currently illegal in 41 states. Only five states have active dog racing tracks: Alabama, Arkansas, Iowa, Texas and West Virginia, according to grey2kusa. In 2018, Florida voted to phase out greyhound racing in the state by 2021, and the last track closed in April.