The coming weeks and months "could be very, very detrimental for the Afghan people" as the amount of aid flowing into the war-torn country "simply will not be enough," Fox News’ Trey Yingst reported Tuesday.

His comments come as U.S. Secretary of State Antony Blinken faces fresh grilling on Capitol Hill as to why the Biden administration’s withdrawal from Afghanistan unfolded the way it did – and why the Taliban were able to so quickly ascend to power.

"The situation today in Afghanistan is heading back towards somewhat of a normal life for the people," Yingst told ‘America’s Newsroom’. "You can hear behind me there are cars honking, there is a lot of traffic in the city because there are still Taliban checkpoints set up all throughout Kabul."

"But still you have a population that is now under Taliban rule and the Taliban … does not have the relationships with the international community to sustain a government here in Kabul and across the country," he added.

The uncertainty comes as the outgoing Afghan government’s ambassador to the United Nations warned Tuesday that "at this crucial moment the world cannot remain silent" about what is happening inside his country.

"The people of Afghanistan need action from the international community more than ever," Nasir Ahmad Andisha told the Human Rights Council, according to Reuters. 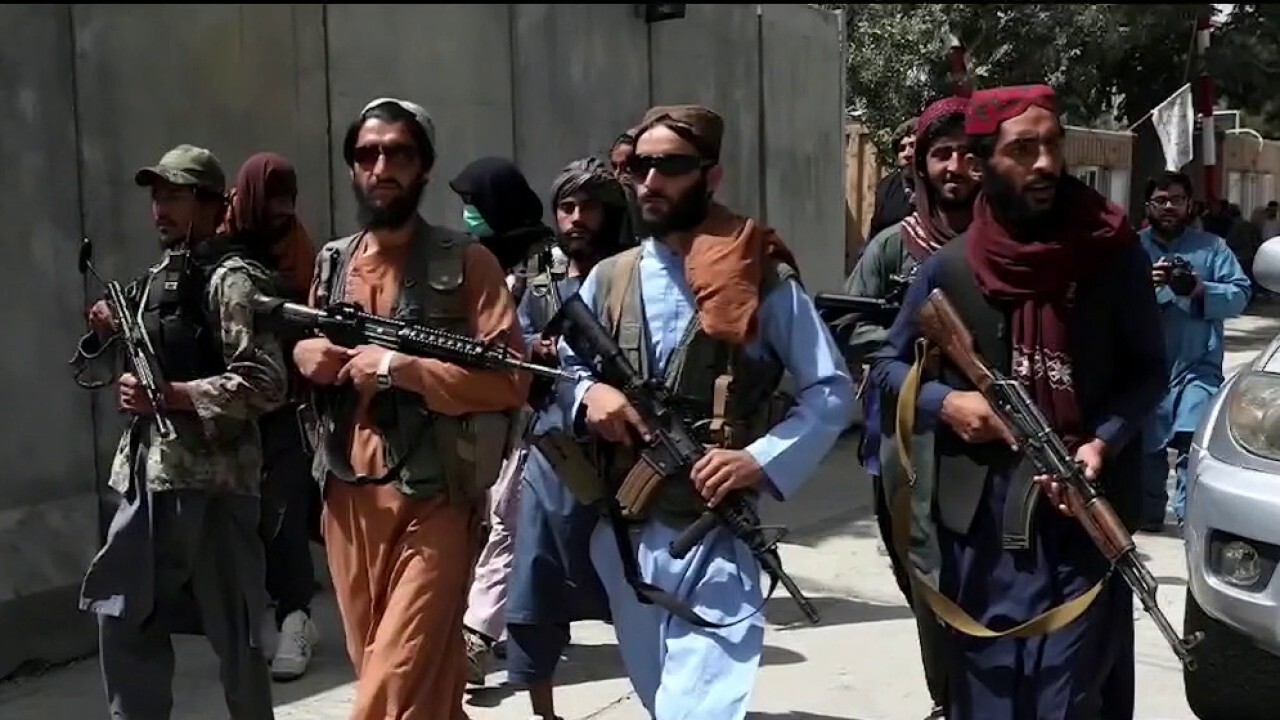 Taliban back in charge of Afghanistan 20 years after 9/11

Andisha also accused Taliban fighters of carrying out "widespread atrocities" in the Panjshir valley – the last part of the country to resist the militant group.

He told the Human Rights Council in Geneva that militants were conducting targeted killings and extrajudicial executions of Afghans as young as boys – and that it needs a form a fact-finding mission to monitor the Taliban’s actions, Reuters reports.

Elsewhere, the Taliban are now reported to be in control of Pul-e-Charkhi prison, a sprawling complex on Kabul’s eastern outskirts.

After capturing the city, the fighters freed all the inmates there, the government guards fled, and now dozens of Taliban fighters are running the facility, according to the Associated Press.

Taliban fighters, some former prisoners, chat in an empty area of the Pul-e-Charkhi prison in Kabul, Afghanistan, on Monday. (AP)

On Monday, a Taliban commander was spotted strolling through its empty halls and cell blocks, showing his friends where he had once been imprisoned.

The commander, who refused to give his name, was on a personal visit to the complex with a group of his friends. He told The Associated Press he had been arrested around a decade ago in eastern Kunar province and was brought to Pul-e-Charkhi, bound and blindfolded.

"I feel so terrible when I remember those days," he said. He said prisoners suffered abuses and torture. He was imprisoned for around 14 months before he was released. "Those days are the darkest days of my life, and now this the happiest moment for me that I am free and come here without fear."

Some of the Taliban now guarding the site are former inmates. The government guards have fled and don’t dare return, fearing reprisals.

Though the facility remains largely empty, one section holds around 60 people imprisoned in the past few weeks, who the guards said were mostly accused criminals and drug addicts.