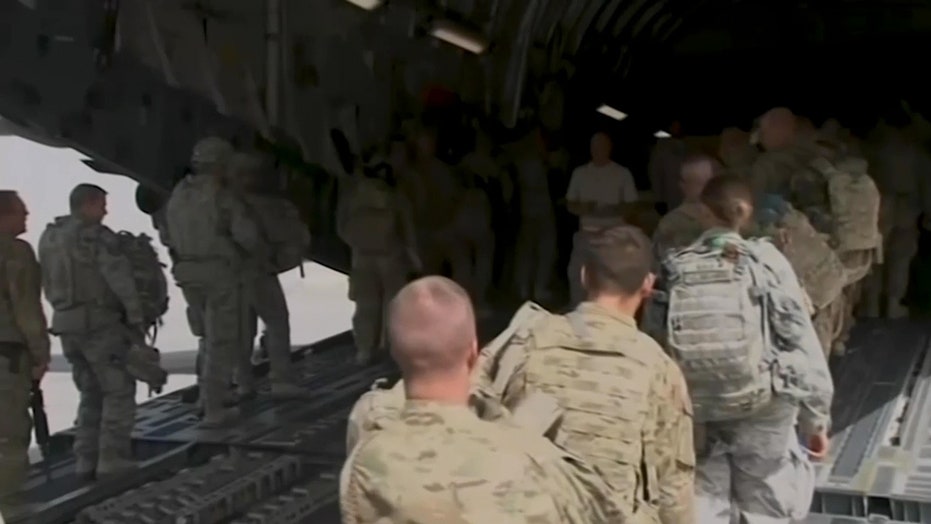 Afghans who worked with US fear retaliation amid troop withdrawal

The Taliban is on the move. Since the U.S. pulled out most of its troops from Afghanistan, the militants have been taking more and more of the country. And that’s got people who worked with the U.S., like 39-year-old Faridoon Hazeen, worried. They fear they will be targeted if the Taliban takes over.

Since 2012, Hazeen has worked with Americans as a translator as they interrogated high-value terror suspects including members of the Taliban.

"I believe that as soon they are here, they will chase people like me who used to work or are currently working for the U.S. government," Hazeen told Fox News.

He has been trying for years to get a visa to get him, his wife and four kids, out of the country and out of harm’s way. So far, they've had no luck.

James Miervaldis, of the No One Left Behind organization, told Fox News, "It’s a death sentence for anyone that stood shoulder to shoulder with United States forces."

It’s been reported that several hundred Afghans who worked with the U.S. have been killed by the Taliban in recent years.

Thousands of Afghans who had worked for the U.S. and their families have been moved out of the war-wracked country. But that's taken years and the last U.S. combat troops are set to be gone in weeks.

The Biden administration is finally acting.

Secretary of State Anthony Blinken recently said, "The United States is committed to helping those who helped us during our time in Afghanistan over the last 20 years."

In fact, in the last few days, two planeloads of former Afghan U.S. workers and families have arrived for processing in the U.S. But that's only about 500. There are an estimated 70,000 Afghans who need to come.

"We need to see larger movements as soon as possible to hopefully get all of our allies out," Miervaldis said.

With the Taliban bearing down, the Biden administration is trying to speed up the process, bringing visa applicants to other countries while broadening further those possibly eligible.

For translator Hazeen, whose visa application, according to expert analysis, has been hung up on a technicality, a change of scene couldn’t come faster.