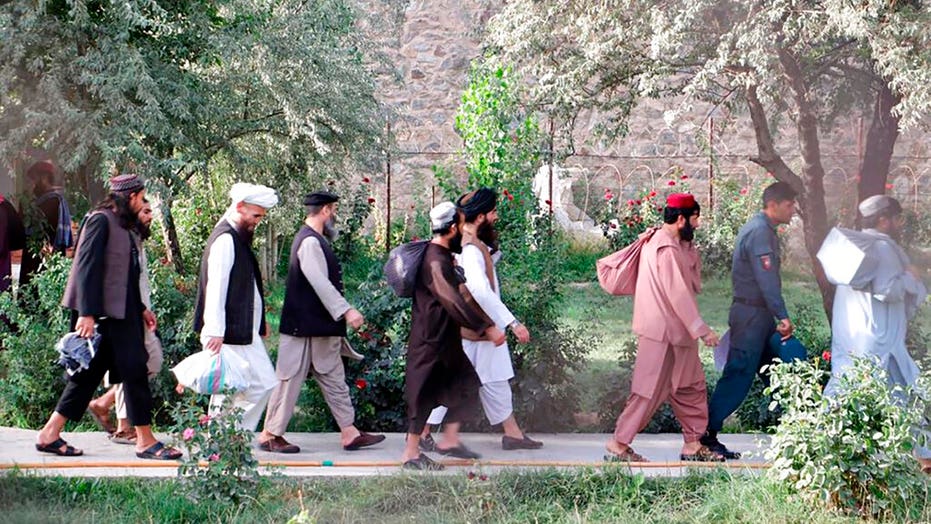 The Afghan government released 80 of the remaining 400 Taliban prisoners Thursday, paving the way for long-stalled peace negotiations after nearly two decades of bitter and violent conflict in the country.

Afghan President Ashraf Ghani got the go-ahead from the consultative assembly Loya Jirga, which sanctioned the release of prisoners in an effort to speed up talks in the war-torn nation.

Some of the prisoners have been implicated in devastating bombings in the capital Kabul. During a televised talk Thursday with the U.S.-based Council on Foreign Relations, Ghani warned of dangers they could present to lasting peace in Afghanistan.

Prisoner releases on both sides are part of an agreement signed in February between the U.S. and the Taliban. It called for the release of 5,000 Taliban held by the government and 1,000 government and military personnel held by the insurgent group as a goodwill gesture ahead of intra-Afghan negotiations.

Despite the prisoner exchanges on both sides, talks for a mutual peace agreement that were supposed to begin in March have been at a standstill.

With the newest developments, Afghan leaders told The Associated Press talks could begin by Aug. 20 in Qatar, where the Taliban has a headquarters.

Another major stipulation of the proposed peace deal brokered in Doha in February between the Taliban and the U.S. is the large-scale withdrawal of American troops in Afghanistan.

The U.S. has been slowly closing military bases and troops have been retreating from the region for the past several months.

By November, fewer than 5,000 troops are expected to still be in Afghanistan, down from nearly 13,000 when the agreement was signed Feb. 29.