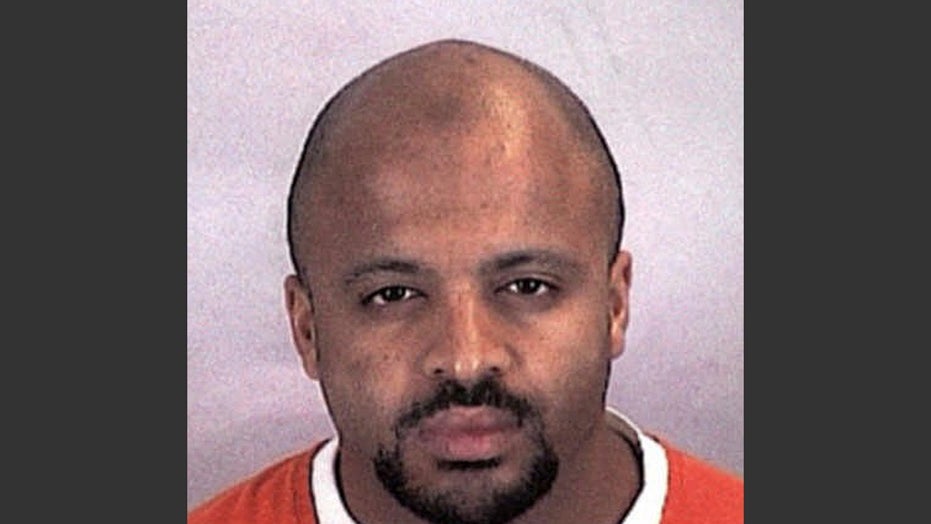 The lone man convicted in the Sept. 11 plot against the United States said he has renounced terrorism and the late Usama bin Laden.

Zacarias Moussaoui is currently serving a life sentence at a federal prison in Colorado for his role in the attack.

“I denounce, repudiate Usama bin Laden as a useful idiot of the CIA/Saudi," he wrote in a federal court motion filed lin Alexandria, Va., last month. "I also proclaim unequivocally my opposition to any terrorist action, attack, propaganda against the U.S.”

This undated file photo provided by the Sherburne County Sheriff Office shows Zacarias Moussaoui. Moussaou, the only man ever convicted in a U.S. court for a role in the Sept. 11 attacks now says he is renouncing terrorism. (Sherburne County, Minn., Sheriff's Office via AP, File)

The motion was made in an attempt to relax the special administrative measures under which he serves his sentence. He also asked that Rudy Giuliani, New York's mayor at the time of the plot and President Trump's personal lawyer, or famed attorney Alan Dershowitz represent him in a civil trial.

His remarks contradict his action during his 2006 trial, when he narrowly escaped the death penalty. During the proceedings, he taunted victims and flashed a victory sign after a jury opted to sentence him to life in prison.

“God save Usama bin Laden, you will never get him," Moussaoui told the judge.

Bin Laden was killed in 2011 during a raid by U.S. forces in Pakistan.

Moussaoui, a French citizen, was sometimes referred to as the "missing 20th hijacker." Federal prosecutors said he could have prevented the attacks if not for lying to the FBI about his knowledge of the plot after his August 2001 arrest on immigration violations.