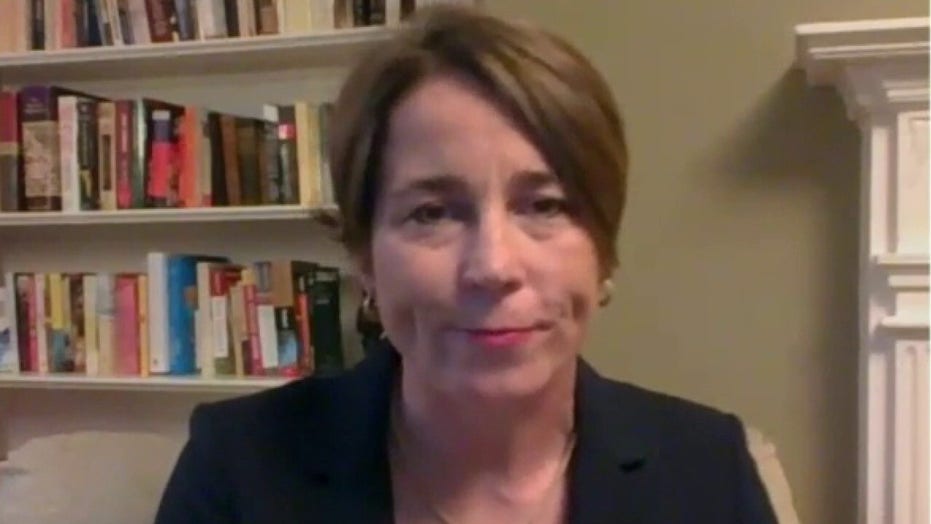 An Army Air Corps veteran who survived WWII has now beaten the coronavirus after being "in the fight of his life," according to a report on Friday.

John MacKay, 100, is currently housed at Holyoke Soldiers' Home in Massachusetts, which is described as having the deadliest known outbreak at a long-term care facility in the U.S. The home has seen at least 70 veterans killed by the virus.

“It’s a miracle. It is,” said his daughter, Susan Regensburger, according to Boston's WFXT. “He is a fighter."

Regensburger said their family was told to make funeral arrangements. Now, MacKay is recovered and seems to be in good spirits. He was honored for his 100th birthday earlier this month by friends, family, and National Guard members who stood outside his second-floor window and gave him a ceremonial salute, according to a video posted on YouTube.

The large group, wearing face masks, would later serenade him by singing, "Happy Birthday." Some wore wearing special t-shirts to celebrate the occasion. A large sign with his face on the front was also captured in the video being held by two people.

Its back read, “Happy 100th birthday to our hero," according to masslive.com.

The centennial was also seen video chatting with his children, grandchildren, and great-grandchildren during his birthday celebration on May 15. When asked how he felt turning 100, he replied, “Wonderful, I didn’t feel 100 until this moment. Now I know I feel 100."

MacKay said that his secret to making it to triple digits is, "to live a good life and be happy."

Flags and wreaths honor veterans April 28, 2020, on the grounds of the Soldiers' Home in Holyoke, Mass., where a number of people died due to the coronavirus. While the death toll at the state-run Holyoke Soldiers' Home continues to climb, federal officials are investigating whether residents were denied proper medical care while the state's top prosecutor is deciding whether to bring legal action. (AP Photo/Rodrique Ngowi)

Regensburger added that he hasn't complained much amid the deadly outbreak at the veterans' home, which as of April 29, claimed the lives of nearly one-third of all residents. Even though the centennial is recovered, he's still residing at the COVID-19 wing, according to WFXT.

While MacKay doesn't ask for much, his daughter told the station there is one thing he does want, "to be with my family."