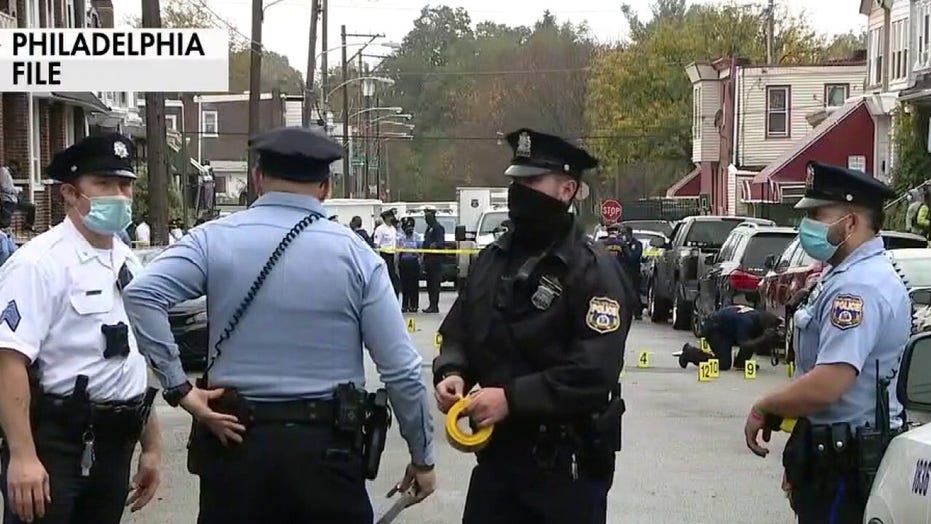 Gun crimes on the rise across America including 106 shooting homicides taking place in Philadelphia so far this year. Reaction from retired police officer Nick Gerace.

An ax-wielding suspect was arrested in connection with the killing of a 102-year-old veteran in the San Fernando Valley region, the Los Angeles Police Department said in a statement.

Adam Dimmerman, 47, was booked on Thursday for the murder of Youssef Mahboubianfard, who came to the U.S. decades ago from Iran, according to reports. He fought in World War II.

CHICAGO-AREA MOM FOUND DEAD AFTER GOING MISSING IN 2003, CASE BEING INVESTIGATED AS HOMICIDE

Officers were called to a home in the Encino neighborhood, where they found the elderly grandfather with numerous cuts and bruises.

He was pronounced dead at the scene.

Detective Steve Castro of the LAPD’s Valley Bureau said Mahboubianfard’s wife had left home around noon, returned around 1 p.m. and found his body in their garage.

"The wife came in and then the grandchildren came in and tried to resuscitate him. They called 911, then they figured out he was hit in the head with an axe," the victim’s nephew Sam Shakib told Fox 11.

Mahboubianfard is believed to be one of the oldest murder victims in the nation's history.

"I thought he fell," his grandson, Jason Shakib, said. "I had no idea. They told me he fell in the garage and my cousin came home and found him. I just thought he slipped and fell because he was an older man. I had no idea there was a guy with a machete running around killing people."

Approximately an hour before Mahboubianfard's body was found, Dimmerman was arrested nearby by patrol officers responding to a reported assault with a deadly weapon.

That victim, who had minor injuries, and bystanders directed police to the suspect. Officers found an ax and a knife at the scene.

Detective Castro told the Los Angeles Times that victim was a laborer who was walking to his car when a man approached and for no apparent reason swung at him with a blunt weapon.

There was no apparent connection between the suspect and either victim, Castro said.

It was not immediately known whether the suspect, who is being held on $2 million bail, had an attorney to speak on his behalf.