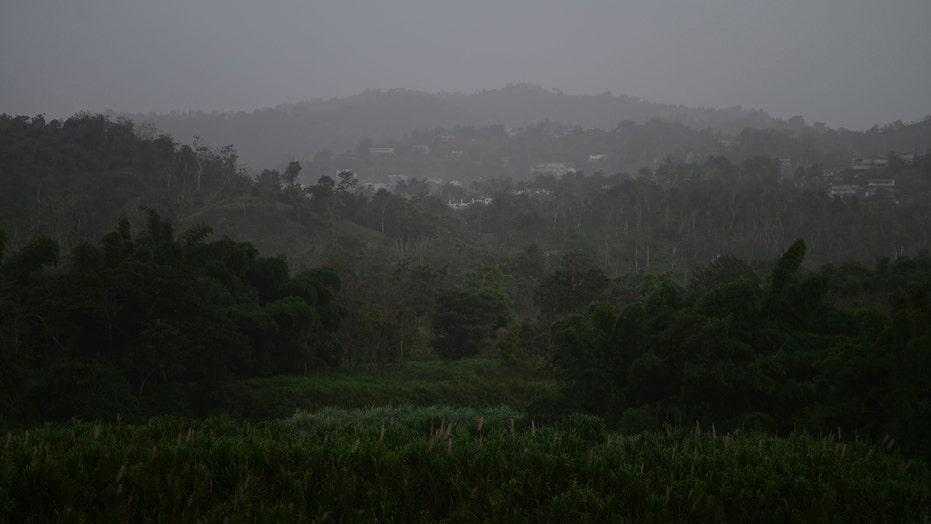 SAN JUAN, Puerto Rico – Puerto Rico’s governor on Monday declared a state of emergency as a worsening drought creeps across the U.S. territory amid the coronavirus pandemic.

Starting July 2, nearly 140,000 clients, including some in the capital of San Juan, will be without water for 24 hours every other day as part of strict rationing measures. Puerto Rico's utilities urged people to not stockpile water excessively, because it would worsen the situation.

Officials asked that everyone use masks and maintain social distancing if they seek water from one of 23 water trucks set up across the island.

“We're asking people to please use moderation,” said Doriel Pagán, executive director of Puerto Rico's Water and Sewer Authority, adding that she could not say how long the rationing will last.

Fernanda Ramos, a meteorologist with the U.S. National Weather Service in San Juan, said ongoing dry conditions will be interrupted by thunderstorms on the island Wednesday and Thursday.

A cloud of Sahara dust blankets the view of the mountains in Carolina, Puerto Rico, June 23. (AP Photo/Carlos Giusti)

"However, we are not expecting enough rain... to solve the problem we’re seeing,” she said.

More than 26 percent of the island is experiencing a severe drought and another 60 percent is under a moderate drought, according to the U.S. Drought Monitor.

Gov. Wanda Vázquez said 21 of 78 municipalities are affected by the severe drought while another 29 by the moderate drought. An additional 12 municipalities face abnormally dry conditions. The worst of the drought is concentrated in Puerto Rico's southern region, which continues to be affected by aftershocks following a 6.0-magnitude earthquake that hit in early January and caused millions in damage.

An administrative order signed Monday prohibits certain activities in most municipalities including watering gardens during daylight hours, filling pools, and using a hose or non-recycled water to wash cars. Those caught could be fined.

More than 26 percent of Puerto Rico is experiencing a severe drought and another 60 percent is under a moderate drought, according to the U.S. Drought Monitor. (AP Photo/Carlos Giusti)

Vázquez's announcement comes amid criticism that her administration has not dredged reservoirs, which would eliminate sediment and avoid excess loss of water. Pagán said the utility spoke with the Federal Emergency Management Agency since Hurricane Maria about a $300 million dredging investment. She blamed the lengthy process on the number of studies needed.

The upcoming water rationing measures will affect clients connected to the Carraízo reservoir, one of 11 that Puerto Rico's government operates. Pagán said that reservoir was last dredged in the late 1990s. Officials have already taken other measures, including activating water wells and transferring more than 30,000 clients from Carraízo to another reservoir.

The utility is restructuring a portion of its multibillion-dollar debt and suspended all capital improvement projects, including dredging, as a result of its fiscal woes. Natalie Jaresko, executive director of a federal control board that oversees Puerto Rico’s finances amid a deep economic crisis, said Monday that up to 60 percent of water is wasted, lost or stolen.

An upcoming project to install meters at the company’s production facilities is expected to improve the situation, and the board has approved a fiscal plan for the utilities company that calls for dredging projects. However, the company has final say on whether it will carry out those projects and what kind of funding it would use.

Puerto Rico last experienced a punishing drought five years ago that affected 2.5 million people and led to severe water rationing measures. During that time, some 400,000 utility customers received water only every third day.