Woman who accused Linda Sarsour of harassment cover-up being sued 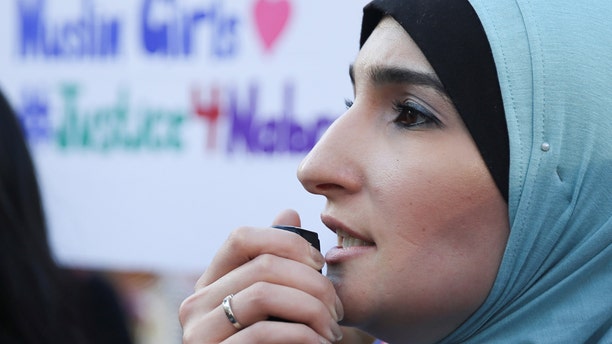 A woman who told the Daily Caller that Muslim activist and Women’s March founder Linda Sarsour covered up a sexual harassment incident in 2009, is being sued for supposedly making up the allegation.

Asmi Fathelbab told the Daily Caller in December that Majed Seif, a coworker at the Arab American Society of New York, rubbed his crotch on her and stalked her when she was an employee of the organization in 2009, the New York Post reported.

“I’m astonished that I’m being sued by my stalker, harasser and assaulter,” Fathelbab said. “Since he stopped stalking me in 2012, this is the first time I heard from him.”

"I’m astonished that I’m being sued by my stalker, harasser and assaulter. Since he stopped stalking me in 2012, this is the first time I heard from him."

At the time, Sarsour was acting director of the Arab American Society. Fathelbab alleged that Sarsour dismissed her complaints and said, “no one would believe me because something like that doesn’t happen to someone who looks me.”

Sarsour denied Fathelbab’s allegations and provided BuzzFeed News with documents to corroborate her side. She told them she initially rejected the Daily Caller’s report as a “hit piece,” but became fearful for her family’s safety when Donald Trump Jr. retweeted the story.

“Sarsour did not return the Post’s request for comment.

Fathelbab set up a GoFundMe page to raise money for her legal battles.