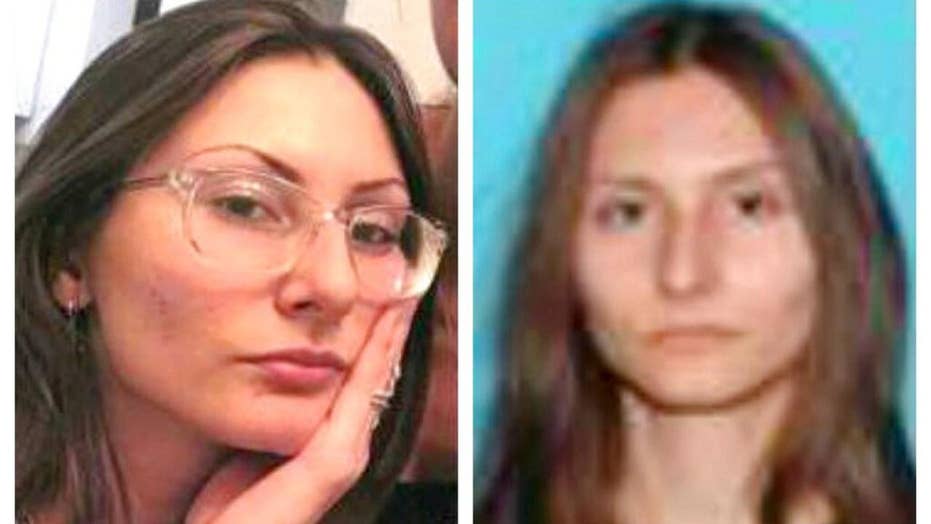 A manhunt for a woman allegedly "infatuated" with the Columbine massacre who traveled from Florida and forced schools in Colorado to close after threatening violence came to an end Wednesday after she was found dead of an apparent suicide in the mountains southwest of Denver.

Sol Pais,18, was found near the base of Mount Evans in Clear Creek County, located about 60 miles southwest of Denver, according to Jefferson County Sheriff Jeff Shrader. Shrader said that Pais was found dead from an apparent self-inflicted gunshot wound.

"Everything that I've heard in briefings does not indicate that she had any assistance or friends in the area, just a fascination with the Columbine area and the horrendous crime that went on there 20 years ago,” he told reporters.

A photo taken near Echo Lake, Colorado by FOX31 showed police officers swarming a parking lot close to where the 18-year-old's body was discovered.

The FBI's Denver Office said on Twitter there was "no longer a threat to the community.”

Before Pais's death was reported, 20 to 30 officers were seen Wednesday morning near the Echo Lake Campground during an extensive search operation, according to CBS Denver.

A woman who was hiking in the area Wednesday morning told CBS Denver she was told to leave the area because “a naked woman matching the description with a gun was spotted in the area running through the woods.”

The Jefferson County Sheriff's Office and the FBI had said the 18-year-old was "considered to be extremely dangerous" after traveling to Colorado from Miami on Monday night before purchasing a pump-action shotgun and ammunition. Shrader said the gun was legally purchased at a gunshop in the Littleton, Colorado area and followed the state's legal process.

Colorado law allows someone who is not a state resident to purchase a "long gun," but not a handgun, from dealers with federal firearms licenses. Buyers of long guns, such as shotguns, must be at least 18 years old while handgun purchasers must be at least 21 years old.

Pais had made threats to "commit an act of violence in the Denver metropolitan area" just days before the 20th anniversary of the attack, according to officials.

At an afternoon news conference, FBI agent in charge Dean Phillips, in Denver, said they learned through the FBI's Miami office and local authorities there about comments Pais allegedly made that raised concern. He added that she also had bought three one-way tickets.

"She made several comments to folks that we obtained through interviews, comments that were troubling with regard to her infatuation with Columbine. The recognition that the Columbine anniversary is coming this weekend. Things like buying three one-way tickets in consecutive days, very unusual activity," he said.

Pais flew to Colorado on Monday, using the first of the three tickets, and allegedly bought a weapon upon her arrival, Phillips said.

Her alleged comments were taken "as a credible threat to the community and potentially a threat to schools in the area, although non-specific to any particular school," he said.

Pais had apparently been last seen not far from Columbine — in the Jefferson County foothills outside Denver — in a black T-shirt, camouflage pants and black boots. The alert initially released by authorities said police who came into contact with her should detain her and evaluate her mental health.

Because of the threat, Columbine and more than 20 other schools outside Denver locked their doors for nearly 3 hours Tuesday afternoon, and some canceled evening activities or moved them inside. About a half million students in the Denver area were forced to stay home Wednesday because authorities believed Pais still posed a threat to a school.

"We deal with a lot of threats at Columbine," John McDonald, executive director of security for the Jefferson County school system, said when the manhunt was over. "This one felt different. It was different. It certainly got our attention."

"We are relieved that the threats to our schools and our community is no longer present," he said at a news conference.

The Douglas County School District confirmed in a news release Wednesday evening that their schools would be open on Thursday "with heightened safety and security measures in place."

On Tuesday night, her father, in Surfside, Florida, told reporters through a closed door at the family home the experience was "like a bad dream."

Her father, who was not identified, said the family last saw Pais on Sunday. A neighbor said the family moved to the area about 10 years ago, and that Pais was frequently spotted in the neighborhood and attended Miami Beach High School.

Miami-Dade Public Schools confirmed in a statement to Fox News that Pais was a senior at the high school.

"We are disturbed about the events that have transpired and saddened by the heartbreaking outcome," Superintendent of Miami Dade Schools Superintendent Alberto M. Carvalho said in a statement. "Our Mental Health Department and our crisis team have been deployed to Miami Beach Senior High to assist students and employees through this difficult time.

"In an abundance of caution, M-DCPS will remain on heightened alert through the end of the week and will continue reviewing all documents related to this case in an effort to inform our mental health detection practices," Carvalho added.

After the manhunt was over, Police Chief Julio Yero asked that the family be given "privacy and a little time to grieve."

"This family contributed greatly to this investigation from the very onset. They provided valuable information that led us to Colorado and a lot of things that assisted in preventing maybe more loss of life," he said.

Another neighbor told CBS4 in Miami that Pais was a quiet person but well behaved.

“She always kept to herself. She never got in trouble at school," Patricia Bilstin told the television station. "So surprising, and I feel sorry for the family."