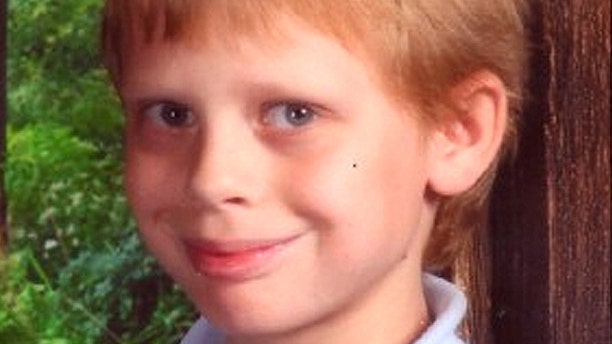 HOUSTON -- A woman has been charged with capital murder in the death of a 12-year-old Houston boy whose badly burned body was found in a ditch this week following his Christmas Eve disappearance.

Mona Yvette Nelson, 44, was arrested Wednesday. She remained in jail Thursday on no bond. Court records did not list an attorney.

Police say Jonathan Foster, who had been left home alone, was kidnapped from his home on Christmas Eve before being killed and burned.

"Mona Nelson has made what investigators call a self-serving statement, which places her with Jonathan. However, she has not admitted to killing him," Houston police spokesman Kese Smith told the Houston Chronicle. "She is the only suspect."

Homicide investigator Mike Miller said investigators believe Nelson took the boy to her home, where she likely killed him and burned his body.

Miller said that while a search of Nelson's home turned up an "incredible amount of evidence," investigators are still trying to determine a motive.

Jonathan's mother, Angela Davis, said she'd met Nelson only once, on the night of her son's disappearance.

Nelson was friends with Davis' roommate and the boy's frequent babysitter, Sharon Ennamorato, who described Nelson as a friend who used to work in maintenance at an apartment complex across the street from the home.

Davis had moved into the home with Ennamorato on Dec. 14, after she and Jonathan's stepfather split up. Both Davis and Ennamorato had to work on Friday morning, so Foster was to stay home alone till his mother was expected to return in the early afternoon.

While at work that morning, a colleague told Davis her son had called the office and was asking for Ennamorato's number.

Then a woman called back, saying it was an emergency. Davis said that by the time she made it to the phone, the line was dead.

Concerned, Davis called the house phone repeatedly as she drove there, she said. Someone picked up just minutes before she pulled up around 2 p.m.

She said when a woman answered, Davis asked to speak to her son. She heard a woman say: "Is your mama's name Angela?" she said.

And she heard Jonathan say: "Yes ma'am, my mama's name is Angela." Then the phone went dead.

When she opened the door moments later, cartoons were still on the TV, and a game was up on the computer screen. She called for her son, but got no answer.

"The only thing missing in this house is his tan T-shirt with a guitar on it, a pair of jeans, his white sneakers and his black stuffed cat that my grandmother made him," Davis said. "There was no struggle."

Davis said that Nelson stopped by the house that night, telling her that she had come to the house that morning looking for Ennamorato, and that Jonathan had answered the door wearing no shirt, and it seemed like someone was in the house with him.

Court records show that in 1984, Nelson was charged with aggravated robbery. She later pleaded guilty in exchange for 10 years' probation. Her probation was revoked in 1991 and she was sent to prison. The newspaper reports that it was unclear from court records how long she spent in prison.

Click here to read more on this story from MyFoxHouston.com.