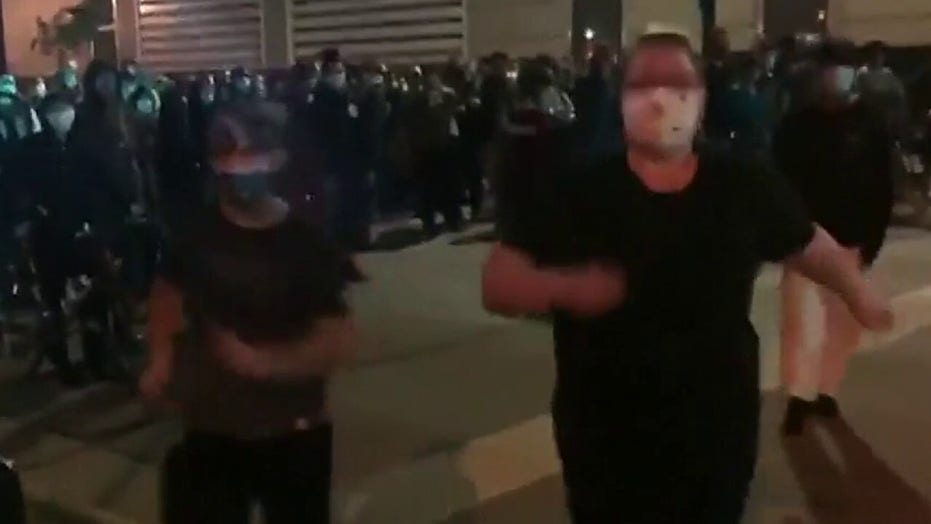 Both Gov. Tony Evers and Madison Mayor Satya Rhodes-Conway condemned the violence and destruction Wednesday morning. Meanwhile, a spokeswoman for the protest group issued a list of demands.

The violence began after a group of 200 to 300 protesters marched through downtown Madison, initially blocking intersections and obstructing driveways, Madison Police Department said in an incident report. The situation escalated when the group reached the State Capitol grounds.

Statues of Lady Forward, and Col. Hans Christian Heg, who fought and died during the Civil War on the Union side, were torn down and removed from the grounds. Both statues were later recovered, a city official told the Wisconsin State Journal, noting that protesters had removed the leg of Heg.

Wisconsin's "Forward" statue lies in the street on Capitol Square in Madison on Tuesday. The statue has since been recovered, officials said. (Emily Hamer/Wisconsin State Journal via AP)

Protesters also broke the windows of multiple buildings on the grounds and tossed in a Molotov cocktail into the City County Building, police said. The group tried to break into the State Capitol building, but officers repelled them with pepper spray.

State Sen. Tim Carpenter, D-Milwaukee, was walking to the Capitol building late Tuesday when he encountered the protesters and began recording them. Carpenter said that he was “assaulted and beat up” by eight to 10 people as he took the video. He shared the 11-second footage on Twitter.

“This is the picture that got me assaulted and beat up by a mob,” he wrote. “Punched & kicked in the head. Might have concussion, left eye a little blurry, cheek shollen (sic), sore neck and ribs. This has to stop before some innocent person get killed. I locked up in the Capitol until it’s safe.”

The windows of the Tommy G. Thompson Center on Public Leadership in Madison are shattered during demonstrations Tuesday. Evers said the damage to state property is still being assessed. (Emily Hamer/Wisconsin State Journal via AP)

City officials have so far declined to use local police to protect buildings on city property, the State Journal reported.

In a statement, Evers said there was “significant damage to state property” and those responsible for the violence and destruction “will be held accountable.” He also said he was prepared to call in the National Guard.

“We are prepared to activate the Wisconsin National Guard to protect state buildings and infrastructure and are continuing to work with local law enforcement to understand their response to last night’s events and their plan to respond to similar events in the future,” he said.

Meanwhile, Ebony Anderson-Carter told WMTV early Wednesday that she was the spokeswoman of the group, which she described as “a united front of organizers and activists for black liberation.”

Anderson-Carter relayed the group’s demands, which included the release of a black man whose arrest Tuesday triggered the protests.

Police have said the man, 28-year-old Devonere A. Johnson, was arrested after causing a disturbance at a restaurant while wielding a bat and speaking through a bullhorn.

The group’s other demands included the firing of a Madison police officer and that the department be defunded, with the money given to the community, the station reported.

She said that police are conducting a wide-ranging investigation. 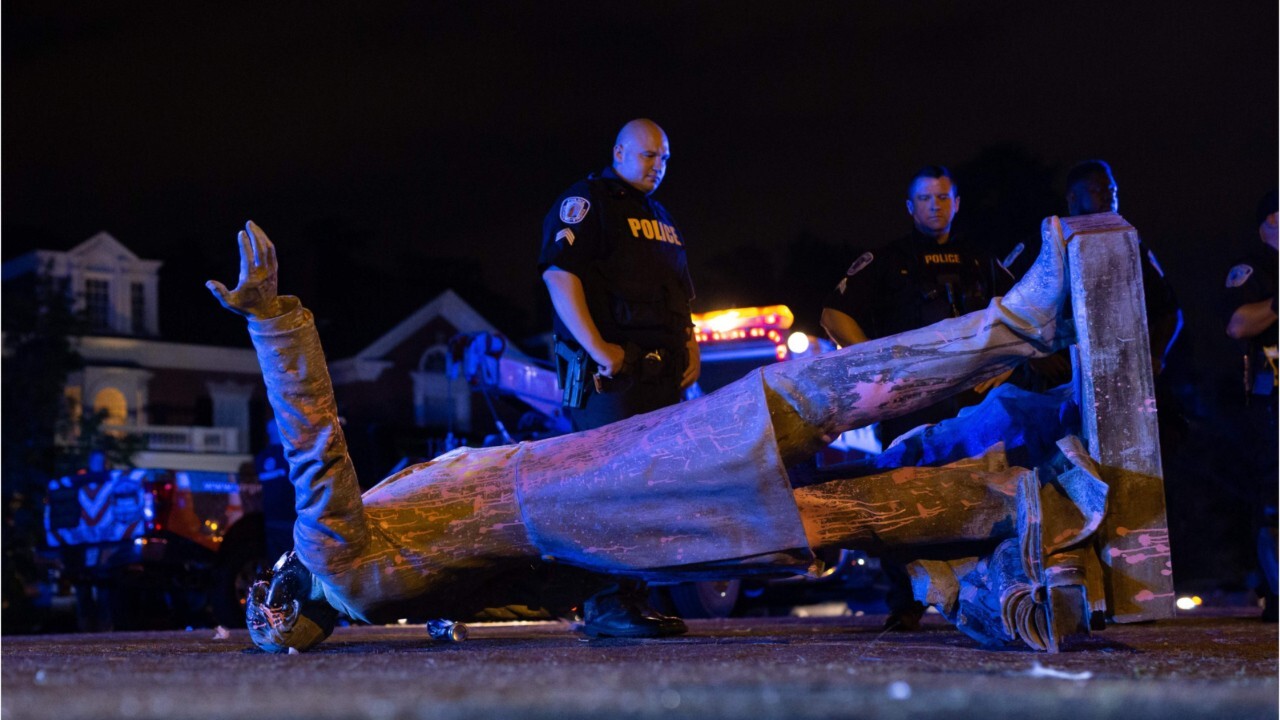 The mayor added that everyone in the city deserves to feel safe, protesters and police included.

“Everyone - police, protester, elected official, business owner, resident - everyone must find it within themselves to show compassion and kindness for each other, and to care about each other's safety and well-being,” she said.