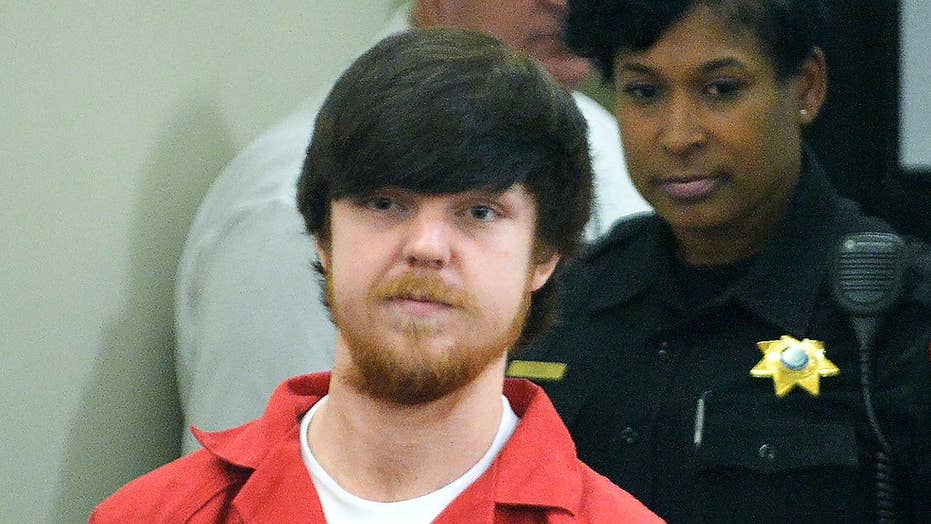 Ethan Couch, the Texas defendant who used the "affluenza" defense to get off on charges that he killed four people while drunk driving in 2013, was in legal trouble again earlier this year.

But his entire family has a history of breaking the law. The Couches' legal woes date back to at least the late 1980s, records show.

Long before Ethan Couch and his family became notorious for using the “affluenza” defense, they had multiple run-ins with the law, often flouting authority or relying on personal wealth to get out of trouble. The incidents, totaling at least 20, ranged from speeding tickets and financial disputes to reckless driving and assault, a review of police and court records shows.

Here is their story.

In January, Ethan was released from a Texas jail after prosecutors raised questions about a drug test that triggered an alleged probation violation.

He was arrested last month after probation officers reported that a drug monitoring patch he wears returned a “weak positive” result for THC, the psychoactive substance found in marijuana, District Attorney Sharen Wilson said in a statement. But it is possible the patch was set off by legal CBD oil and it will take further testing to be sure, she said.

Ethan, now 22, was sentenced to 10 years of probation after a 2013 manslaughter trial in which a psychologist testified that Couch, who was 16 at the time of the crash, was affected by “affluenza,” or irresponsibility caused by family wealth.

His parents sent him to a treatment facility in California at one point.

The center’s director, Jamison Monroe Jr., told The AP that Couch “had no structure, no proper role models and definitely no boundaries” when he was growing up.

In 2012, a Fort Worth police officer drove by a Dollar General store in Lakeside, a small town on the outskirts of Fort Worth, and saw a black pickup truck parked with its lights on.

Spakes, the officer, found an intoxicated Ethan Couch with a girl. According to court records, Couch told Spakes that he’d stopped to urinate and had only one drink, maybe two. Spakes described him as “very arrogant, a smart-mouthed kid that had a bit of an attitude with authority,” records show.

“I verbally got onto him trying to get him to see how badly he was messing up,” Spakes wrote in a report. “He has a hard time listening and has come from a family with wealth, and he appears to believe he’s privileged and entitled with no responsibility.”

Couch eventually acknowledged his behavior was wrong, Spakes wrote. Yet when a second officer, Lee Risdon of the Lakeside police, handed Couch his citations, the teen replied, “'Thanks for ruining my life' [...] as though it was the fault of the police,” according to the report.

A month later, a municipal judge gave Couch six months’ probation for possessing and consuming alcohol as a minor. The judge also ordered him to complete an alcohol-awareness course and 12 hours of alcohol-related community service by June 19.

Records indicate Couch did not comply and, four days before the deadline, organized a party at the family’s second home outside the Fort Worth suburb of Burleson.

That party would lead to death.

On June 15, 2013, Couch lost control of his family’s pickup truck after he and his friends had played beer pong and drank beer stolen from a Walmart. He veered into a crowd of people helping the driver of a disabled vehicle on the side of the road.

The crash fatally injured the stranded motorist, a youth minister who stopped to help her, and a mother and daughter who came out of their nearby home to also help.

Couch, 16 at the time of the crash, was found to have a blood alcohol level three times the legal limit for adult drivers after the crash.

Investigators estimated his speed was around 70 mph in a 40 mph zone.

A psychologist who evaluated Couch in 2013 introduced the “affluenza” term at trial in reference to Couch being coddled by his wealthy parents. He testified that Couch learned nothing from his first incidents, court records show. The teen didn’t think he had done anything serious, Dr. G. Dick Miller said, and his mother lied to his father about it.

Couch also kept abusing substances, Miller testified. “I think he thought, ‘I can get away with this.’... That was what he was taught.”

Ethan was later jailed after attending a party where alcohol was served and then fleeing to Mexico with his mother to avoid punishment. He was released in 2018 after serving a nearly two-year sentence.

Tonya Couch’s encounters with the law include a 2003 reckless driving case in which court records say she intentionally forced a motorist off the road. She pleaded guilty, was fined and got probation, records show.

In early 2005, she lied about that charge on a form to renew her state nursing license. Regulators found out years later and took action. She failed to show for a 2012 disciplinary hearing and lost the vocational nursing license.

Tonya Couch is currently awaiting trial on charges of hindering apprehension of a felon and money laundering arising from when she and Ethan fled to Mexico in 2015.

She has been in and out of jail since then.

In early 2015, Tonya Couch was cited after leaving the scene of a minor accident that she caused. Prosecutors later dismissed the case, according to court records.

Fred Couch’s roofing and construction company, Cleburne Sheet Metal, was sued in 1996 over a roughly $100,000 debt. Two plaintiff firms alleged he tried to move assets and twice attempted to question him and Tonya Couch, court records show. The couple failed to show up for both depositions. A judge sanctioned them and gave them a deadline to pay, which they missed by several weeks.

Three years later, Fred Couch punched a supervisor of a contractor that hired his company after the man told his workers to stop using an unsafe table saw, according to an arrest report. Couch drove off; he later received a few days in jail and two years’ probation for the assault.

And in 2009, Fred Couch faced accusations that he sexually harassed a female employee, then fired her when she complained. Court records show he denied touching her inappropriately and showing her sex videos, among other things. The case settled on undisclosed terms a year later.

Fred Couch was charged in September 2014 with falsely identifying himself as a Lakeside police officer. According to a report, told a North Richland Hills, Texas, officer responding to a disturbance that he’d witnessed: “I have my Lakeside police stuff in the truck." He then displayed a shield-style badge.

He was sentenced in December 2016 to a year’s probation.

Last September, the father was charged with assault stemming from an incident in which he allegedly choked his girlfriend, according to Texas prosecutors.