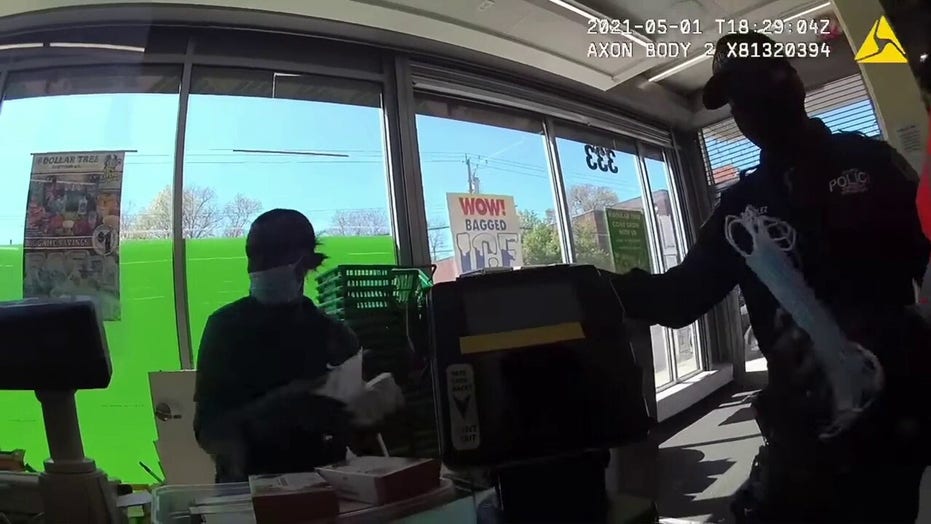 A possible shoplifting incident took a heartwarming turn when a cop paid for some stolen socks that a homeless man couldn't afford.

A discount store in Westchester County called the cops on a homeless man trying to steal socks – but instead of cops taking him out in cuffs, they picked up his tab.

Body camera video posted on the Mount Vernon Police Department’s Facebook page shows the officers arrive at a Dollar Tree on Saturday and speak with a manager before approaching the would-be shoplifter, who admits he was taking the merchandise.

"You’re a little light on some socks?" one of the officers, identified as Officer Cartwright, asks the man after he has been patted down.

"All right, I’ll tell you what," he continues. "I’ll buy you a couple pairs of socks though, but you gotta stop stealing."

Cartwright then says he’ll pay for $15 worth of socks. Cartwright asks the man what color he wants for the socks, but the man tells him any color will do.

"Listen, I know how important it is to have a nice pair of socks," Cartwright says, "especially when you’re out running around and, you know, you got nothing else going on, so we’ll get you taken care of."

He tells the man he only paid for the socks because he was honest about trying to take them.

The other officer, identified as Officer Velez, tells the man he could go to police headquarters for help if he was in need of services.

In its Facebook post, the department thanked the officers and the manager of the store who not only authorized the man not being booked but told him "if he was in need, he could just tell her."

"Mount Vernon is a fiercely hard working community that never gets the positive attention it needs," the Facebook post said. "These positive incidents happen every day in our city, not only with the police, but also with our other municipal employees and with our business partners."