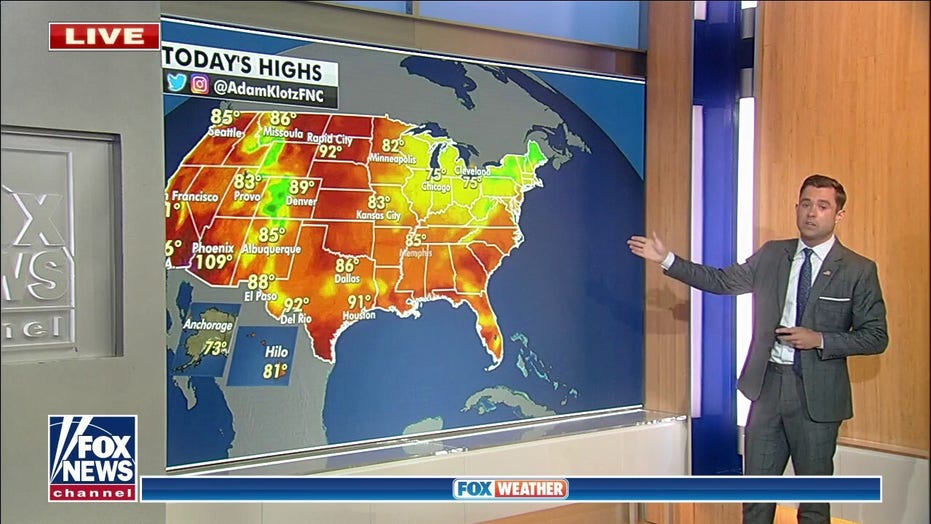 In the western U.S., monsoonal rainfall will continue Monday to start the week.

Rain has been mostly a welcome sight to the drought-worn western states, however, downpours from thunderstorms are capable of producing flash flooding.

Heavy rain on top of wildfire scares led to some flash flooding and mudslides over the weekend.

HOW TO TRAVEL SAFELY AND AVOID INJURY DURING WILDFIRE SEASON

On Monday, flood advisories have been issued from Montana to New Mexico.

Over the next few days, flooding concerns will shift slightly east and by Wednesday will focus on the central and southern Rockies.

The drying trend along the West Coast will allow higher temperatures to return Tuesday.

In the eastern U.S., extreme weekend heat in the Deep South will break as rain moves into the region.

Numerous showers and thunderstorms will bring cooler temperatures as a frontal boundary will reach the Gulf Coast by Tuesday and Wednesday.

Additionally, heavy rain is expected in the Carolinas and Mid-Atlantic on Tuesday.