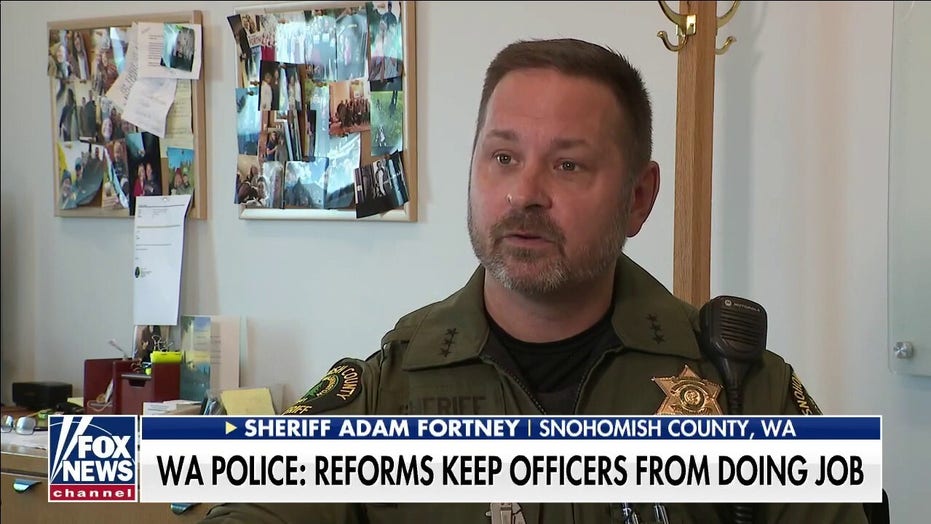 In the rush to pass police reforms following the killing of George Floyd, one state inadvertently may have made it more likely that lethal force is used in some circumstances. For thousands of police officers in Washington state, taser guns are now the only less-lethal weapon available to them.

The Democrat-run legislature passed 14 police reform laws in the last session including one that bans the use of military equipment, defined in part as firearms and ammunition of .50 caliber or greater. After it was signed by Democratic Gov. Jay Inslee, several law enforcement agencies raised a red flag saying the law actually bans the shotguns that fire beanbag and foam-tipped rounds. Those less-lethal tools are sometimes used in hostage situations, during riots and occasionally to subdue a mentally ill suspect who poses a threat.

Not willing to put officers in legal jeopardy, the Washington State Patrol (WSP) pulled more than 1,000 less-lethal weapons out of service. Many sheriff’s departments followed WSP, including two of the largest in King and Snohomish counties.

Snohomish County Sheriff Adam Fortney says it was a difficult decision, because not having those tools raises the risk of lethal force.

"If we don’t have that tool, at some point a human has to step in and do that," said Fortney, "which makes it much, much more dangerous for both the SWAT officers who will be involved and the person we may be trying to take into custody."

Democratic leaders who pushed the police reforms now admit they made a mistake and vow to fix it in the 2022 legislative session.

"We went line by line, section by section over this tactics bill and nobody caught it," said Democratic State Representative Roger Goodman. "The police didn’t bring it up. We just missed this one."

Republican leaders are calling for an emergency legislative session, but Democrats who hold majorities in the state House, Senate and the governor’s office reject the idea. Fortney is frustrated by the whole process.

Another law passed in Washington state is even more controversial. It makes Washington the only state to require police to have probable cause before using any force, including making arrests. The standard bar is reasonable suspicion. The law also makes it easier to decertify officers.

Monica Alexander, director of the Criminal Justice Training Commission, oversees all law enforcement training in the state and agrees with many of the reforms.

"I don’t want to see our citizens killed over a bad situation that could’ve been avoided if we just stand back and take a few minutes," said Alexander. "Slowing the process down is what we’re teaching."

But critics say law enforcement hasn’t just slowed down, in many cases officers have just stopped engaging altogether. A recent case in Pierce County is one example. Two deputies were chasing a murder suspect and decided not to use a K-9 unit out of fear of violating the law requiring probable cause. The suspected killer was able to flee the scene, but was arrested at a residence a few weeks later.

"They handcuffed us," said Mike Mansanarez, president of the King County Police Officers Guild. "Instead of defunding us, they handcuffed us and stopped us from being able to do our jobs, and keep people safe in the streets."

But state Rep. Goodman defends the use-of-force changes. "Too often we’ve seen force used by law enforcement when there was only vague information, only reasonable suspicion, not enough identification of an individual, not enough information," said Goodman.

According to the National Conference on State Legislatures, 25 states passed 67 police reform laws in the wake of the Floyd killing. 13 of those states restricted use of force. None went as far as Washington state which, like many places around the country, is seeing an increase in crime.