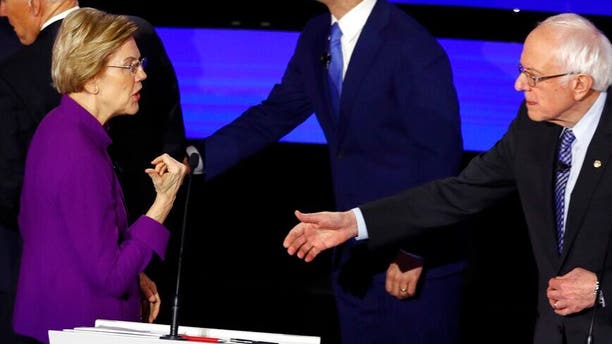 Sanders clashes with Warren – and the moderators – on sexism charge at heated Iowa debate
The final Democratic presidential debate before the pivotal Feb. 3 Iowa caucuses turned tense Tuesday night, as Bernie Sanders and Elizabeth Warren sparred over the disputed reports that Sanders had privately told Warren in December 2018 that a woman could not realistically become president.

“Well, as a matter of fact, I didn’t say it," Sanders insisted, after one of the CNN debate's moderators asserted the conversation had occurred. Later, when asked whether he was unequivocally denying that the conversation took place, he said, "That is correct."  A debate moderator then immediately and matter-of-factly asked Warren, "What did you think when Senator Sanders told you a woman could not win the election?"

That prompted laughter in the debate hall at Drake University in Des Moines, and a bewildered chuckle from Sanders. Some commentators have suggested the CNN report of Warren and Sanders' alleged 2018 conversation, which cited sources who were not present for Sanders' alleged remarks, was a leak from the Warren campaign intended to blunt Sanders' surge in recent polls.

The Sanders-Warren clash smashed the more than yearlong non-aggression pact between the two candidates and was just one of several flashpoints between the two that emerged during the debate. As the event concluded, Warren appeared to ignore Sanders' invitation for a handshake.

Sanders had a different focus early in the debate, as he challenged former Vice President Joe Biden's initial support for the Iraq war, which he called "the worst foreign policy blunder in the modern history of this country." Click here for more on our top story. 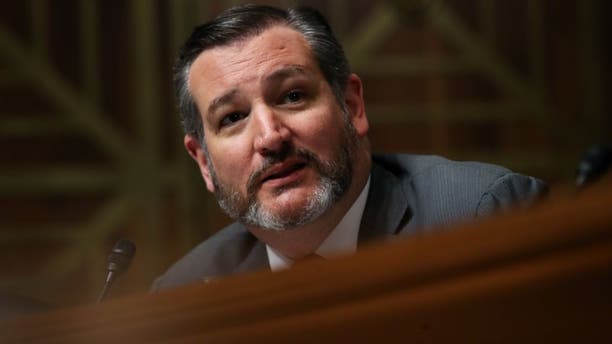 Ted Cruz floats idea of 'witness reciprocity' during Trump impeachment trial
Sen. Ted Cruz, R-Texas and a member of the Senate Judiciary Committee, pitched the idea of “witness reciprocity” on Tuesday during a meeting with Senate Majority Leader Mitch McConnell and other GOP leaders who convened to discuss strategy for the upcoming impeachment trial that will decide if President Trump is removed from office, Fox News has confirmed.

The idea would mean if Democrats call a witness, such as Trump’s former National Security Adviser John Bolton, Republicans would, in turn, be allowed to call a witness. Likely candidates to be subpoenaed by the GOP include former Vice President Joe Biden, his son Hunter Biden, House Intelligence Committee Chairman Adam Schiff and the unidentified whistleblower who reported a July phone call between President Trump and the leader of Ukraine.

The debate over possible impeachment witnesses comes as the Democrat-controlled House prepares for an imminent vote on advancing articles of impeachment to the Senate. Click here for more. 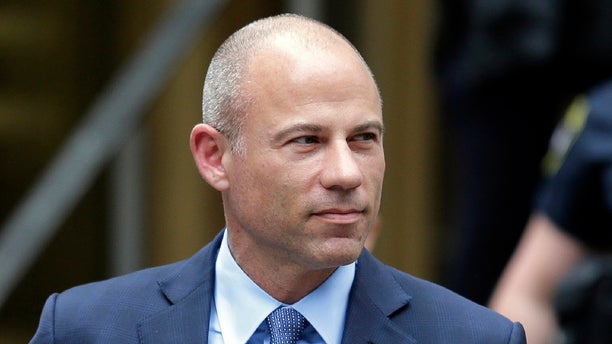 Thom Mrozek, a spokesman for the U.S. Attorney's Office in Los Angeles, told Fox News that Avenatti was arrested on suspicion of violating his pre-trial release. Click here for more.

THE LATEST FROM FOX BUSINESS
Michael Bloomberg is investing in getting rid of President Trump.
Four industries that will benefit most from 'phase one' US-China trade deal.
Scotch whisky industry trying to keep Trump tariffs from going higher.

Sean Hannity says Democrats have "every reason to be worried" about the 2020 presidential election and that they are in for an Election Day "shock" once again in Trump's favor.