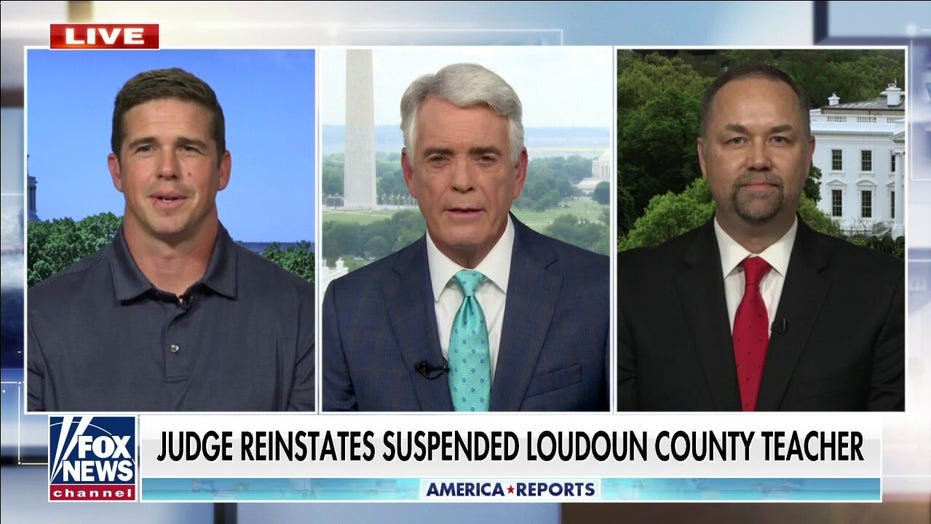 Byron "Tanner" Cross, a physical education teacher, has won an initial battle with the Loudoun County Public Schools (LCPS), which placed him on leave after a controversial speech denouncing a proposed policy regarding gender.

In a letter Tuesday, Twelfth Circuit Judge James E. Plowman ordered LCPS to restore Cross' position as a physical education teacher at Leesburg Elementary School. The temporary injunction will allow Cross to maintain his job until Dec. 31, at which point the injunction will dissolve unless other orders are put in place.

Plowman argued that Cross was likely to succeed if his case was brought to trial, that the school district had adversely impacted his First Amendment rights, and that reinstating his job was within the "public interest."

Cross sparked an uproar last month when he told LCPS' school board that he wouldn't "affirm that a biological boy can be a girl and vice versa because it's against my religion. It's lying to a child, it's abuse to a child, and it's sinning against our God."

Just days after that speech, Cross was told in a letter not to come on the school's premises. The letter vaguely stated the school district was investigating "allegations that you engaged in conduct that has had a disruptive impact on the operations" of his school.

Plowman's letter rejected the school district's argument that it was suspending Cross not due to his speech, but because of the disruption it created.

"[T]he Court has found … that the disruption relied upon was insufficient," he wrote, adding that Cross' speech and religious content were "central" to LCPS' decision.

Plowman also argued that Cross' "interest in expressing his First Amendment speech outweigh the Defendant's interest in restricting the same and the level of disruption that Defendant asserts did not serve to meaningfully disrupt the operations or services of Leesburg Elementary School."

"Nobody should be punished for expressing concern about a proposed government policy, especially when the government invites comment on that policy," said ADF President and CEO Michael Farris.

"For that reason, we are pleased at the court’s decision to halt Loudoun County Public Schools’ retaliation against Tanner Cross while his lawsuit continues. Educators are just like everybody else — they have ideas and opinions that they should be free to express. Advocating for solutions they believe in should not cost them their jobs."

Cross had referred to draft policy 8040, which required Loudoun staff to use preferred pronouns.

"LCPS staff shall allow gender-expansive or transgender students to use their chosen name and gender pronouns that reflect their gender identity without any substantiating evidence, regardless of the name and gender recorded in the student’s permanent educational record," it read.

"School staff shall, at the request of a student or parent/legal guardian, when using a name or pronoun to address the student, use the name and pronoun that correspond to their gender identity. The use of gender-neutral pronouns are appropriate. Inadvertent slips in the use of names or pronouns may occur; however, staff or students who intentionally and persistently refuse to respect a student’s gender identity by using the wrong name and gender pronoun are in violation of this policy."

Another proposed policy, 8350, stated that LCPS staff "shall allow gender-expansive and transgender students to participate in such activities in a manner consistent with the student’s gender identity."

Tuesday's school board meeting exploded with parents and educators irate at the county for its actions towards Cross.

Many complained that LCPS was exceeding its authority and chilling speech. Some educators also spoke in support of Cross and his ideas.