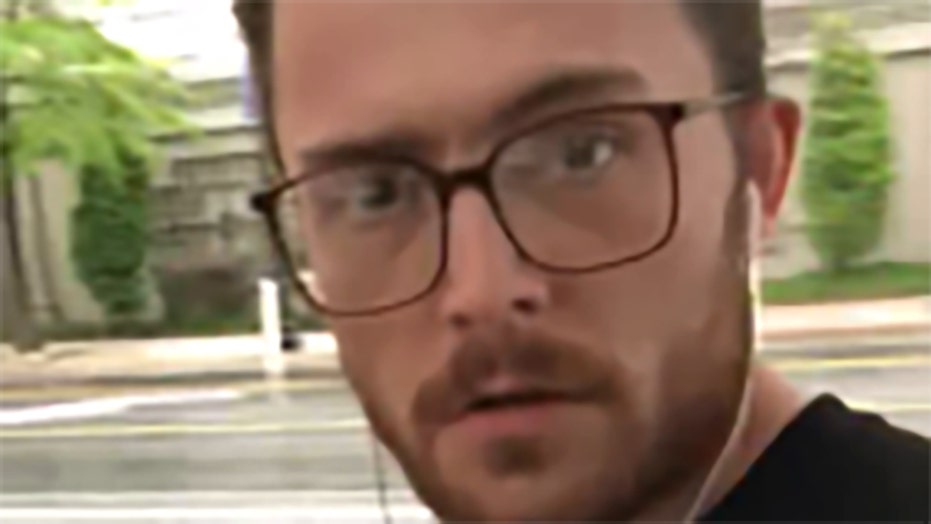 A suspect who allegedly used anti-Asian, racist slurs and pushed a restaurant employee to the ground in Arlington, Virginia, last week has been taken into custody, authorities said Tuesday.

An Arlington County Police patrol officer identified Jordon Bevan, 28, of no fixed address, as the suspect wanted in the assault of a Crystal City restaurant employee, according to police. The patrol officer recognized him from a previous interaction, they added.

Authorities were dispatched to a report of an assault on May 4 in the 500 block of 23rd Street S, where they determined the suspect left the restaurant without paying his bill, Arlington County police said in a statement.

Police said two employees -- identified by FOX 5 of Washington D.C., as Henry Kim and his mother -- approached the suspect outside the establishment and requested he return to pay the tab.

The suspect continued walking away and when Kim began recording him, he allegedly pushed the mom to the ground and ran off toward a local highway, police said.

Bevan is accused of using racial slurs against the two workers, both of Asian descent, according to authorities.

"He said – 'You Asians, get out of my face. I don’t want the coronavirus from you guys,'" Henry Kim told FOX 5. "I was a little bit frustrated, but at the same time – it’s not the first this has happened to me."

Kim said his mom is doing better after the incident at Bonsai Grill.

"When she fell down, she was really hurt in the elbows and hands," Kim added.

Bevan has been charged with defrauding an innkeeper, and felony assault and battery, the station reported.

The incident was reported to state police "as a possible hate crime," Arlington police said in a statement Saturday.