A 24-year-old police officer died after she was dragged by a vehicle driven by a suspect trying to flee a traffic stop in Virginia, officials say.

The incident unfolded Thursday night in Newport News and left officer Katie Thyne with “multiple injuries," the Newport News Police Department said in a statement. The vehicle eventually crashed and pinned Thyne against a tree.

“At some point during the encounter with the driver, he accelerated, dragging the officer,” the department said. “After being transported to the hospital, the officer succumbed to her injuries and was pronounced deceased.” 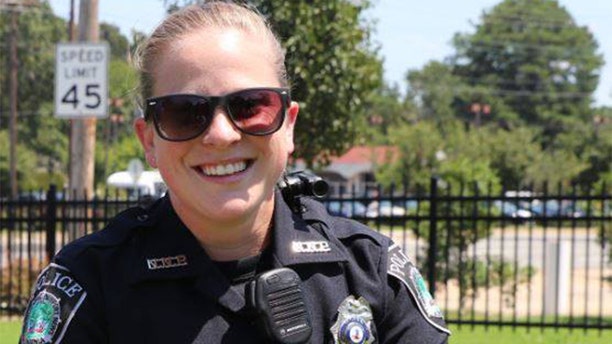 In an emotional press conference Friday morning, Chief Steve Drew described Thyne as a "true hero" who always had a smile on her face. Drew said Thyne served in the U.S. Navy Reserves before coming to the department in 2018. She leaves behind a partner, a 2-year-old daughter and other family members. She also served as an assistant coach with a basketball team at the local Boys and Girls club.

"If you met her, if you ever saw her — all she did was smile," Drew said, adding that “she is and will always be a valued member of this department."

The male driver who fled the scene was taken into custody following a foot pursuit, police say. He has not been identified publicly but has been charged with felony homicide, evading the police and possession of narcotics, Drew said. A female passenger was arrested without incident on a drug charge.

"As we move forward, there is a lot of healing that has to take place," Drew said.