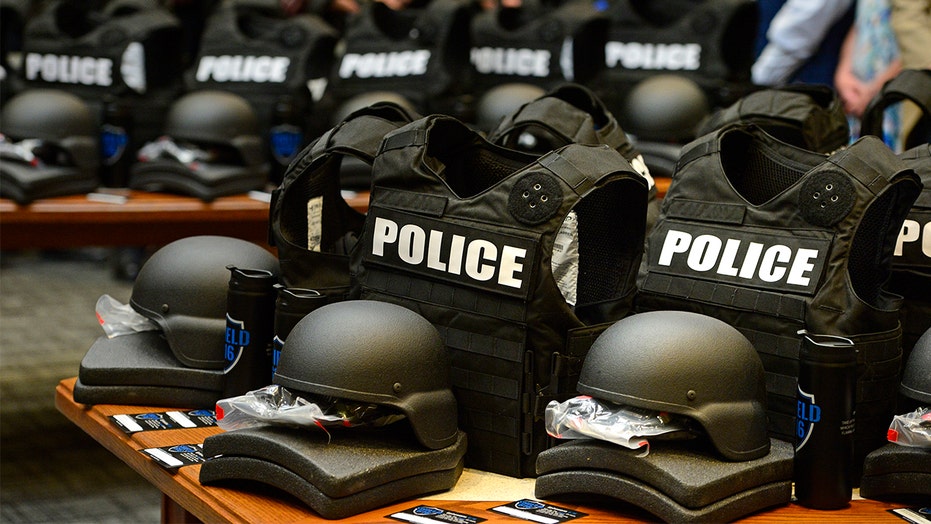 A Virginia defense contractor allegedly sold Chinese-made body armor to the American military and federal agencies under the guise that they were actually made in the U.S., Hong Kong and other countries, according to the Justice Department.

A federal grand jury in Maryland indicted Arthur Morgan, 67, of Lorton, Va., on federal wire fraud charges Monday. He is the CEO of Surveillance Equipment Group (SEG), which markets electronic surveillance equipment and body armor for law enforcement and the military, according to its website.

FBI DIRECTOR SAYS HALF OF BUREAU'S 5,000 COUNTERINTELLIGENCE CASES ARE RELATED TO CHINA

Under federal law, government contractors are supposed to follow strict guidelines about where their inventory is manufactured, and China is not on the list of approved countries of origin.

SEG’s body armor division is accused of selling more than $650,000 worth of Chinese ballistic vests, helmets and other protective gear to the U.S. government between 2014 and 2019.

A Virginia defense contractor is accused of selling Chinese-made body armor to the American military and federal agencies, according to the Justice Department. (Photo by Helen H. Richardson/The Denver Post via Getty Images)

In one instance, Morgan allegedly told the Navy that a shipment was late because he was awaiting back-ordered materials to manufacture helmets at an SEG Armor factory he said he had in Virginia. According to the DOJ, he received more than $127,000 from the Navy – and paid a Chinese helmet manufacturer about $68,000 on the same day.

Investigators visited an SEG Armor address in Virginia and found “no manufacturing facility” on the wooded property, according to court documents.

SEG did not immediately respond to a request for comment.

Morgan faces two counts of wire fraud, each of which carries a maximum sentence of up to 20 years in federal prison.

The federal General Services Administration (GSA) is the procurement arm of the federal government, connecting contractors with government agencies. Under the Trade Agreements Act, all products on GSA contracts must be manufactured or “substantially transformed” in approved countries.