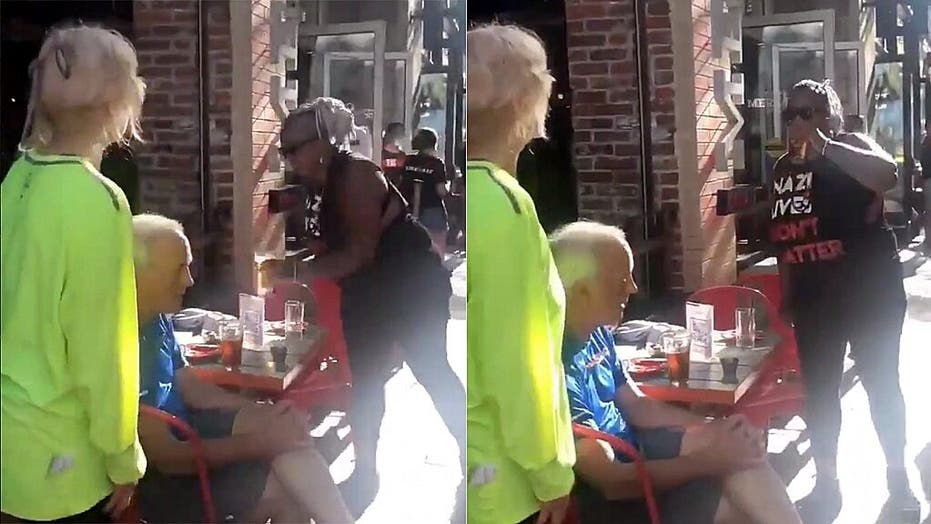 Three Pittsburgh Black Lives Matter protesters are facing charges after cops identified them as the angry individuals seen in viral videos cursing White diners at a restaurant and, in one case, drinking one diner’s beer, according to reports.

Pittsburgh police filed the charges Monday against Shawn Green, Kenneth McDowell and Monique Craft in connection with an incident that took place two weeks ago on Labor Day during a protest march in the city’s downtown, Pittsburgh local media reported.

The restaurant was identified as Sienna Mercato.

Black Lives Matter activist Monique Craft was charged with theft after police say she was seen in video swiping a glass of beer off a table at a restaurant in Pittsburgh and chugging it.<br><br>

One of the videos shows Craft, in a T-shirt that said “Nazi Lives Don’t Matter,” walking up to an outdoor table where an older White couple was dining. The video showed him grab a glass of beer off the table and chug it.

Craft, 35, who identifies as nonbinary, was charged by summons with theft, conspiracy and simple trespass, the Pittsburgh Post-Gazette reported.

The paper quoted Craft as saying the videos only show one side of the story and that she was offered the beer.

McDowell, 33, was charged with possessing instruments of a crime, conspiracy, harassment and two counts of disorderly conduct, according to the paper.

Police issued arrest warrants for two Black Lives Matters protesters in connection with an incident at a downtown Pittsburgh restaurant during a protest march on Labor Day.

The complaint said he swore at the White couple at Sienna Mercato and gave them the middle finger, the station reported.

Craft has a November court date to answer the charges.