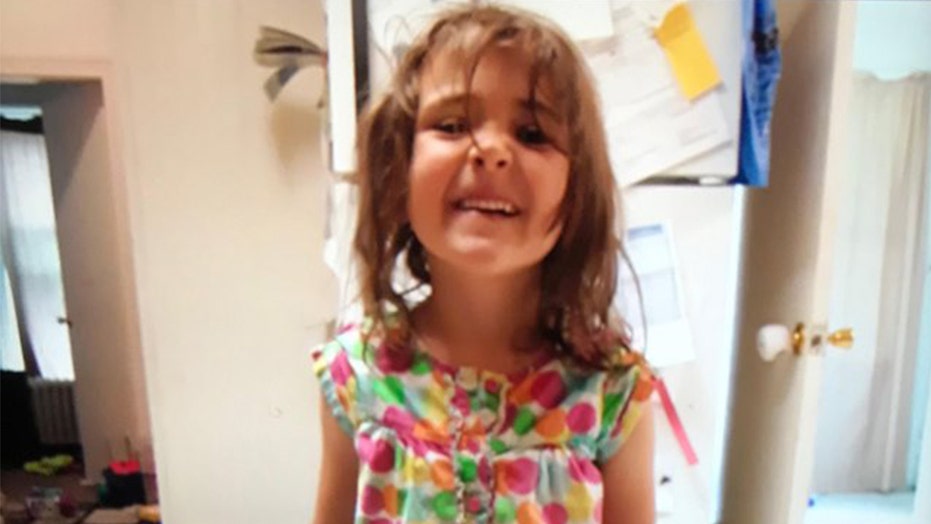 Police in Utah resumed their search for a missing 5-year-old girl on Sunday, saying her uncle is "the main suspect" in her disappearance.

Police said it was discovered that 5-year-old Elizabeth Shelley was missing from her family’s home in Logan around 10 a.m. Saturday. She reportedly was last seen sleeping in the house, which is located in the west side of the city, around 2 a.m.

Police said Saturday they suspected Shelley was with her 21-year-old uncle, Alex Whipple.

Logan City Police said suspect Alex Whipple has been "uncooperative and was booked into the Cache County Jail on an FTA warrant for absconding from probation."  (Logan City Police)

Whipple was at the family's home Friday night and but was not found at the house Saturday morning, Fox 13 in Salt Lake City reported.

About two hours after their initial Facebook post, police wrote that Whipple was found and in police custody.

Police found the girl’s uncle Saturday afternoon in the city of Hyrum, a 15-minute drive from Logan, Fox 13 reported. Police said he wasn’t with Shelley and was not cooperative.

"He was by himself; he failed to identify to the deputy that located him," Logan City Police Department Capt. Tyson Budge told the news outlet. "My understanding was, he wasn’t being very cooperative."

Police said Whipple had a criminal history and a drug problem, according to Fox 13.

Police, volunteers, friends and family reportedly searched the area near Shelley’s home all day on Saturday.

"We have real reason to be concerned for her safety,” Budge told Fox 13.

In another Facebook post on Saturday, police wrote, “multiple law enforcement agencies including Cache County Sheriff, the Federal Bureau of Investigation, and Cache County Search and Rescue will be working through the night.”

STEPFATHER OF MISSING HOUSTON GIRL, 4, 'PERSON OF INTEREST' IN HER DISAPPEARANCE, REPORT SAYS

Police asked people in the area with video surveillance, including smart doorbells, to check their videos and cameras specifically for the hours between 2 a.m. and noon on Saturday. They asked neighbors to report any suspicious activity.

"It's scary. It's the worst thing ever. Ever,” Mary Whipple, Shelley's step-grandmother, told Fox 13. “The longer the day goes on... you start thinking the worst. You don't want to, but it's sad."

She added that the situation has taken a toll on Shelley's mother as well.

"She's been hysterical all morning, all day. She's still bawling. It's her worst nightmare. It's the worst thing. She just wants it to go away. She wants her baby back."

On Sunday Logan City Police wrote on their Facebook page that “The FBI and local agencies worked through the night finishing search warrants and following up on leads.”

Police said the main suspect is Alex Whipple, adding that he “continued to be uncooperative and was booked into the Cache County Jail on an FTA [Failure To Appear] warrant for absconding from probation.”

Police said search teams were out again Sunday morning to look for Shelley. “There are many agencies in a coordinated effort working around the clock and will continue to work until she is found.”