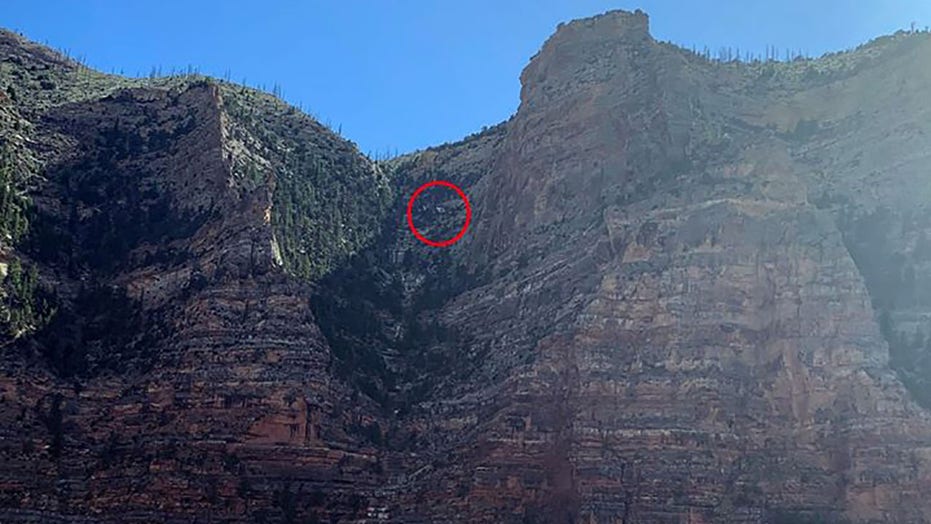 A Utah climber who fell and cracked his head while scaling a cliff by himself on Sunday was rescued after he regained consciousness, and nearby campers heard his cries for help, authorities said.

The 52-year-old man, whose name has not been released, was climbing up a slot in the cliff near Jones Hole National Fish Hatchery, by the Colorado border, when he fell an unknown distance, the Uintah County Sheriff’s Office said. He told rescuers he didn’t know how long he was unconscious before he awoke and yelled for help.

The group of campers, which included a member of the sheriff’s search and rescue team, heard the stranded man’s calls. They were unable to pinpoint the man’s location because his cries echoed off the cliff walls. They called authorities around 1:40 p.m., setting off a five-hour rescue operation.

"The area he was climbing in is out of the way. You wouldn't really expect someone to be climbing there," Sheriff's Sgt. Dustin Cheshire said. "If it hadn't been for the camping group with a Wasatch County search and rescue member who heard this guy yelling and screaming, it's unlikely anyone would have found him."

The red circle on the first photo shows the location of the Utah Department of Public Safety helicopter as it hovers near the spot where the injured climber was found. The rescue operation also used a second helicopter crew from Classic Air Medical. (Uintah County Sheriff’s Office)

The sheriff’s office sent a search and rescue team and requested helicopter crews from both the Utah Department of Public Safety (DPS) and Classic Air Medical.

The Classic Air Medical crew spotted the man after arriving, but the steep terrain prevented them from reaching him, the sheriff’s office said.

The search and rescue team launched a drone to identify the man’s location and told the DPS helicopter crew. The DPS crew was able to reach the man and hoist him from the cliff.

"Without the helicopters, we might still be working with ropes to get him down off the cliff," Cheshire said.

The man was airlifted to St. Mary's Medical Center in Grand Junction, Colo., where he is recovering from a suspected head injury and injuries to his lower extremities that prevented him from using his legs, Cheshire said.