The U.S. cities with the worst air pollution levels were ranked in a recent report, which concluded that more than 58 million Americans experienced more than 100 days of polluted air in 2020.

The research released by non-profit Environment America Research & Policy Center, Frontier Group and U.S. PIRG Education Fund at the beginning of the month, showed the California San Diego-Chula Vista-Carlsbad area with the most number of days with ozone and PM 2.5 (particulate matter 2.5) AQI (Air Quality Index) over 50.

Any AQI score between 51 to 100 is listed as "moderate" air quality, with the potential for a risk to some sensitive groups.

PM 2.5 is commonly found in wildfire smoke which has plagued states on both coasts in recent seasons.

The Los Angeles-Long-Beach-Anaheim area came in second, with 209 days and Riverside-San-Bernardino-Ontario ranked third.

Arizona's Phoenix-Mesa-Chandler area was fourth with 149 days and Colorado's Denver-Aurora-Lakewood was fifth.

Areas in Texas, Ohio and Indiana were also in the top 10.

The researchers reviewed EPA (Environmental Protection Agency) records spanning over 591 different geographic areas and produced a digital map of bad air days across the country in 2020.

In a release detailing the report, the organization noted that even with the COVID-19 pandemic in "full swing," bad air quality persisted.

In addition to the impact of western wildfires worsened by human-caused climate change and megadrought, the report highlighted the damaging impact of fossil fuel emissions.

"Gasoline, diesel, methane gas, coal and other fossil fuels burned for transportation, electricity generation, industrial processes, heating and other purposes are major sources of the nitrogen oxide (NOx) and volatile organic compound (VOC) emissions that contribute to the formation of ground-level ozone and also can turn into particulate pollution," the report explained. "Fossil fuel combustion, fires and dust are major direct sources of particulate pollution and some of those sources also produce precursor chemicals that combine into particulates."

"Burning fossil fuels produces more than just health-threatening ozone and particulates – it also produces greenhouse gases that are warming our climate. Global warming is likely to make air pollution worse in the years to come," Environment America said in a summary of the report.

Ultimately, the report urged that the nation take action by electrifying heating and hot water systems, industrial processes and the transportation sector and improving access to and the quality of public transportation and infrastructure for walking, biking and other non-riving forms of transportation.

In addition, Environment America called for the increased use of renewable energy and incentivization of improved energy efficiency, as well as the strengthening of air quality standards to levels fully protective of public health and the enforcement of those standards.

In all, the authors said America's policymakers need to take "swift action" to reduce the burning of fossil fuels.

"Air pollution can be just as dangerous for our health as smoking," Wendy Wendlandt, president of Environment America Research & Policy Center, said in a statement. "We learned in the 1960s that cigarettes were bad for us and we started to do something about it. Today, air pollution causes hundreds of thousands of people who never took up smoking to die too early each year. It’s past time to do something about that." 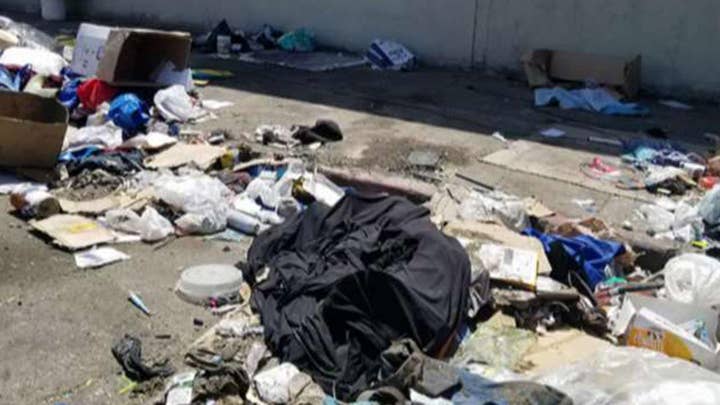 Environment America supports President Biden's Build Back Better Act, according to The Arizona Republic – though the report did not specifically reference the legislation.

However, it does discuss protecting and building upon progress achieved under the Clean Air Act.

According to the U.S. Centers for Disease Control and Prevention, ground-level ozone – a key component of smog – is associated with diminished lung function, increased hospital admissions and emergency room visits for asthma and increases in premature deaths.

Smoke exposure has also been associated with hundreds of thousands of deaths annually, based on an assessment of the global health risks from landscape fire smoke.

The World Health Organization (WHO) says that air pollution is responsible for millions of deaths every year around the world.