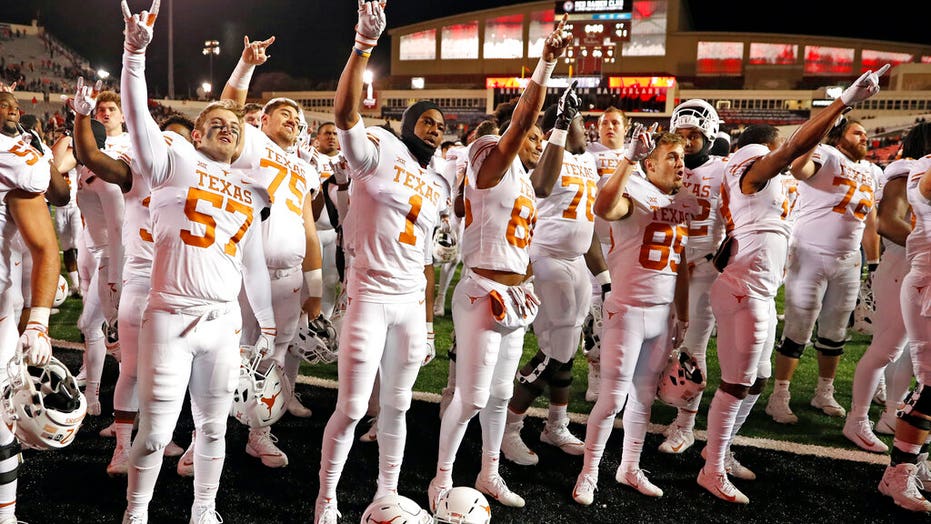 The University of Texas on Monday said it is taking a series of actions to make its Black students feel more welcome on campus, but stopped short of shelving “The Eyes of Texas,” a song sung at most organized campus events that many athletes have called for getting rid of because of its racist origins.

Jay Hartzell, the interim president of the university's flagship campus in Austin, said the song will continue to be the Longhorns' alma mater.

"Aspects of its origin, whether previously widely known or unknown, have created a rift in how the song is understood and celebrated, and that must be fixed," he said. "It is my belief that we can effectively reclaim and redefine what this song stands for by first owning and acknowledging its history in a way that is open and transparent."

"The Eyes of Texas" has long been criticized for its connection to minstrel shows with characters in blackface in the early 1900s. Players in all sports gathered as a team often sing it after every game.

An unsigned letter posted on social media last month said Texas athletes would not help the school recruit prospects at alumni events as they typically do unless the school replaced the song, among other steps.

Texas defensive back Caden Sterns said though he will not sing the song, he appreciates the conversation about it.

Texas linebacker DeMarvion Overshown, who previously posted on social media that he would boycott all team activities until the concerns were addressed, retweeted the University's statement on Monday with the message " We Are One."

"So very proud of our players, all Texas student-athletes, our entire student population and university leadership," Herman said in a tweet. "They will forever be known for being responsible for tangible, positive change on our great campus. Today is a great first step."

The school also will erect a statue for Julius Whittier, the Longhorns' first Black football letterman, at Memorial Stadium, after athletes demanded that part of the football stadium be named for Whittier. Texas will also strip the name of segregationist Robert L. Moore from a building and find ways to honor Heman Sweatt, whose 1950 court case cleared the way for Black students to attend the school.

Many institutions have moved to strip the names of historical figures associated with slavery and racism in the wake of George Floyd's death in the custody of Minneapolis police officers.