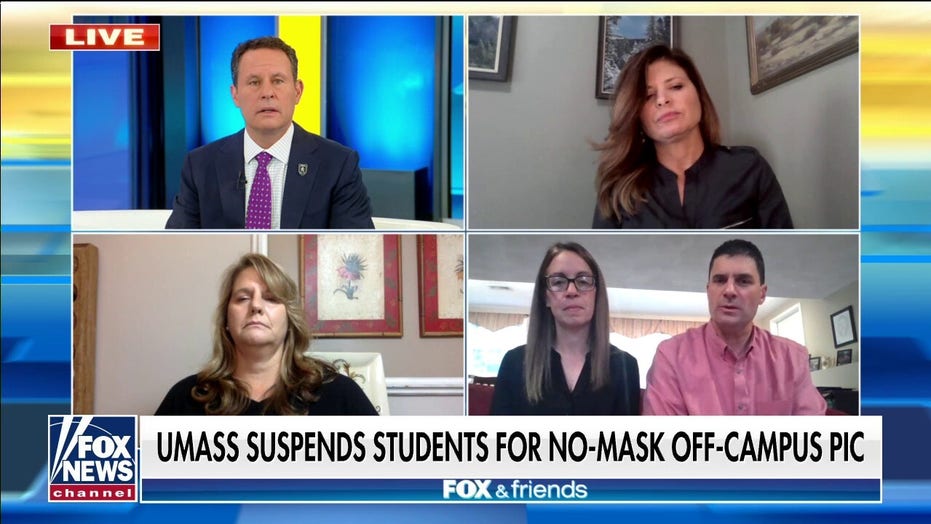 One parent called the suspension 'draconian' and 'complete overkill,' stressing that the three students should be allowed to finish the semester.

The parents of three University of Massachusetts-Amherst students who were suspended for allegedly violating the school's COVID-19 health policy told "Fox & Friends" the "draconian" punishment was "complete overkill."

The decision reportedly was made after school administrators got hold of a photo of the trio maskless at a party off-campus.

The students, all women, were first removed from campus and then were cut off their remote-lessons access.

"They went to a gathering, off-campus on a Saturday. They took a picture and another student screenshotted that picture on Instagram and sent it to the administration," one of the parents told host Brian Kilmeade on Tuesday. "So that picture virtually got them kicked out of school."

She stressed that the university has shown "no compassion to us."

The women were also reportedly not allowed to take their final exams, rendering the school year moot and forcing them to reapply next year. The cost for one semester is $16,000 — a fee the families will not see refunded as part of the punishment.

"This has obviously devastated three families," one of the mothers, who identified herself only by her first name, Betsy, said. The teacher and single mother stressed that the situation has "devastated" her daughter.

"She is broken and crushed and she doesn't even want to continue," she continued, noting that her daughter doesn’t want to attend the University of Massachusetts-Amherst anymore.

Betsy said that she and her daughter live in Maryland and that the punishment essentially left her daughter homeless.

AS US REOPENS, CAMPUSES TIGHTEN RESTRICTIONS FOR VIRUS

"This picture popped up and the university was swift and fierce in their actions," she said. "They gave my daughter less than nine hours to move off campus essentially making her homeless 500 miles from home with no recourse." 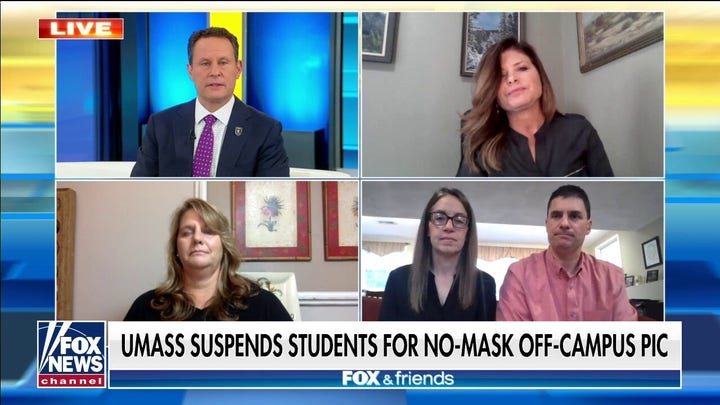 A university spokesman said in a statement sent to Fox News that "UMass Amherst does not comment on the details of specific disciplinary cases due to federal privacy law restrictions."

He, however, added that "expectations regarding students’ responsibility to follow public health protocols, and the consequences for failing to do so, were clearly communicated to students before and throughout the spring semester, and students were updated regularly as conditions changed."

He went on to point out that "more than 10 UMass Amherst students were suspended for participation at large and small gatherings on the weekend of March 6-7, when the campus was operating at Elevated Risk during the pandemic and had just emerged from severe High Risk restrictions due to a surge in positive COVID-19 cases."

UMass banned outdoor exercise and implemented strict stay-at-home orders in February, according to Newsweek. In March, around 200 students were at risk of being suspended after a large party, which administrators said posed an immediate health risk to others on campus.

"I don't think that they were very clear in their expectations of the students," one of the mothers named Theresa argued on Tuesday.

Her husband R.J. added that "there was absolutely no precedent set from a suspension perspective." 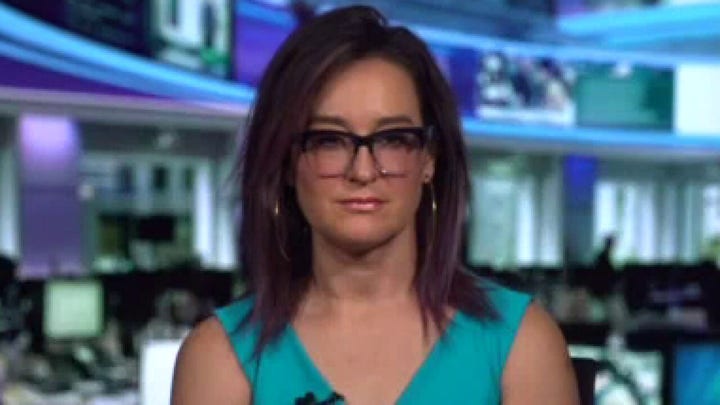 He stressed that "these kids have put in over 300 hours each of schooling" and are "all great students."

"These are the type of students that UMass should want at their campus and they need to do the right thing to start making this right," he said, noting that the students have "paid their restitution" and "paid their dues."

His message for university administrators: "Let them back in and get their credits and we’ll move on from there."

Fox News’ Peter Aitken and The Associated Press contributed to this report.