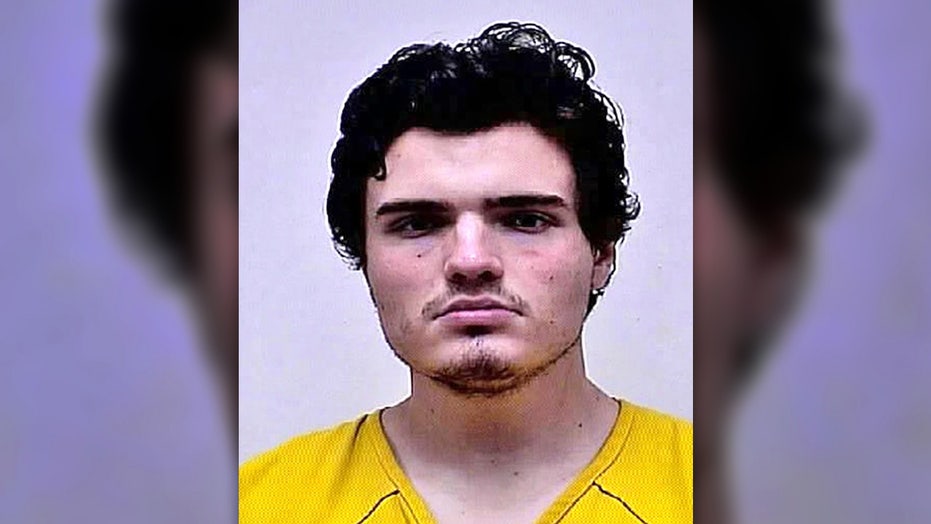 The University of Connecticut senior accused of two murders also held another person captive inside his home for nearly 24 hours and told that person that he “just flipped” before the killings, according to a warrant unsealed Monday.

The court document also reveals that a woman said she stopped seeing Peter Manfredonia about four days before he went on his violent spree and led police on a multi-state manhunt.

Manfredonia, 23, is being held on $7 million bond on charges he killed 62-year-old Theodore DeMers with a samurai sword in Willington on May 22, and fatally shot a high school acquaintance two days later.

DeMers was found by his neighbors with a severed right hand, the flesh of his tricep almost completely split from his body, a left thumb and index finger chopped off and multiple lacerations on his head and back, NBC News reported.

During the attack, Manfredonia allegedly wounded 80-year-old navy vet John Franco, who had tried to intervene. He then took off on a motorcycle described by a witness as a “crotch rocket,” the warrant said.

Just four days earlier, on May 18, a woman who lived on the same street as DeMers told police she had broken up with Manfredonia because she discovered he’d hacked into her social media accounts in April, the Hartford Courant reported.

Peter Manfredonia is being held on $7 million bond on charges he slayed 62-year-old Theodore DeMers with a samurai sword in Willington on May 22, and fatally shot a high school acquaintance two days later. (Washington County Sheriff's Office)

On May 20, she said she sent Manfredonia a screenshot of the text of a state law indicating that hacking into her accounts was a crime — but never heard back, the court doc said. She had considered getting a restraining order against him.

She told authorities that Manfredonia had an “obsession with samurai swords” and owned two.

The warrant also reveals that a 73-year-old man told state police that, the day after DeMers was killed, Manfredonia broke into his Willington home and held him captive at gunpoint.

The man said he was asleep in his recliner when he was abruptly awakened by a young man holding a gun to the back of his head at about 5:15 a.m. on May 23.

“He had a blank look on his face,” the man recalled. “I hadn’t seen a picture of the murder suspect yet on the news but I was thinking that it was probably him.”

Manfredonia allegedly used zip ties to bind the home invasion victim’s hands and duct-taped him to a chair in the basement.

He asked Manfredonia “if he wants to talk about what took place with the murder.”

“He told me that he hadn’t slept for five days and he just flipped,” the man said. “He said he didn’t know why he did it and that he was remorseful for it.”

The captive tried to suggest that Manfredonia should call the cops and work out a deal — but the student didn’t want to turn himself in.

“He told me he was going to have two good weeks and then he figured it would end in either a shootout, the death penalty or life in prison,” the man said.

At some point, a neighbor came by and called to say he was at the door. When the neighbor asked to meet up in the morning, the captive agreed — even though Manfredonia had told him to say they should meet two days from then.

Manfredonia packed food, money, a grill lighter and other items from the man’s house and left at around 5:15 a.m.

He was nabbed three days later in Maryland and brought back to Connecticut to face charges of murder, assault, home invasion, kidnapping and related crimes. He is also expected to face separate charges in Eisele’s murder.

His next court date is set for July 10.