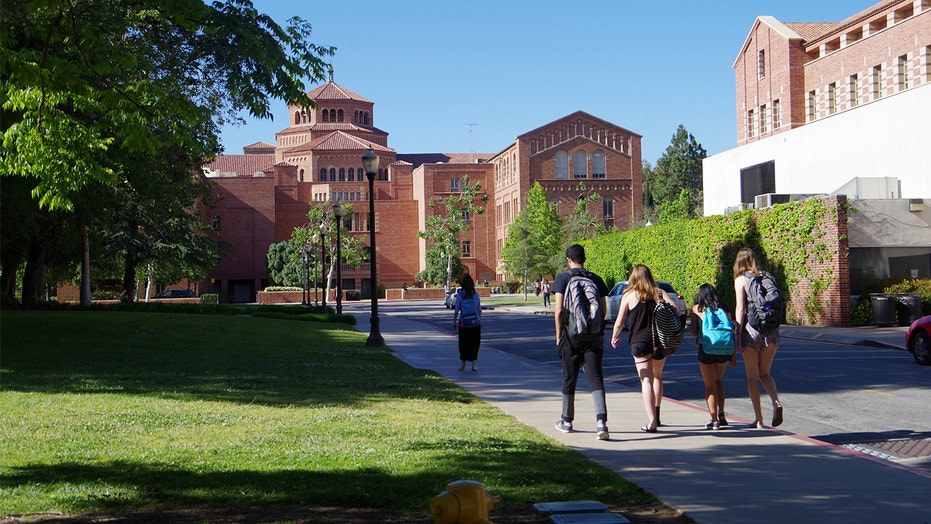 The U.S. Department of Education warned the University of California Los Angeles (UCLA) that it may impose fines for targeting a white professor for disciplinary action over his use of the N-word while reading Rev. Martin Luther King Jr.’s “Letter from Birmingham Jail” during a lecture on racism in America, Fox News has learned.

In a letter sent to UCLA Chancellor’s Office, the Education Department said it has become aware of reports suggesting that UCLA “improperly and abusively targeted an instructor named Lt. Col. W. Ajax Peris for disciplinary action.”

Peris, an Air Force veteran and political science professor at UCLA, was placed under investigation by UCLA’s Discrimination Prevention Office after a student posted a portion of his lecture on social media earlier this month.

Peris issued an apology the day after the June 2 class for behaving in a way that was "offensive and hurtful" to the students. He also canceled the next class and made the final exam optional.

But UCLA political science department chairman, Michael Chwe, along with two other department heads, condemned Peris' written and video apology, writing: "The lecturer’s response to students’ concerns escalated the situation rather than engaging in the thoughtful and open discourse that we expect from our faculty.

Neither Professor Peris nor the UCLA Chancellor's office responded to Fox News' request for comment. The Department of Education declined to comment because the investigation is ongoing.

The Education Department called UCLA’s disciplinary actions against Peris inconsistent with the school’s “Faculty Code of Conduct,” which claims “to guarantee its faculty the right to free inquiry and exchange of ideas; the right to present controversial material relevant to a course of instruction; and the enjoyment of constitutionally protected freedom and expression.”

The department warned it may impose fines “and other measures” if an internal investigation determines that UCLA had violated its code of conduct.

The department also requested the school to provide specified records, documents, and transcribed interviews within 30 calendar days to comply with the investigation.

The investigation is being conducted by the Department’s Office of the Postsecondary Education, with support from the Office of General Counsel.