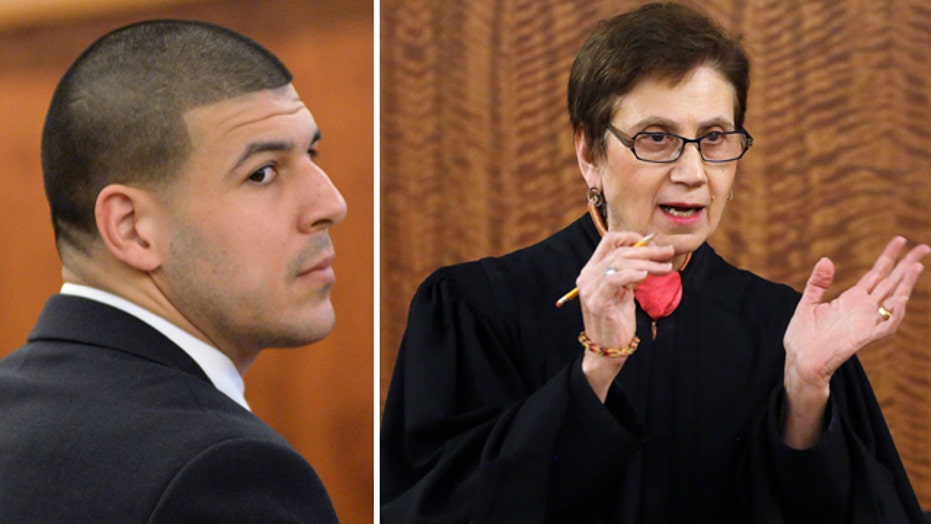 FALL RIVER, Mass. – Jurors have completed deliberations for a third day in the murder trial of former New England Patriots player Aaron Hernandez, on a day when the judge banned a Boston TV cameraman for following jurors to their parking spots.

Superior Court Judge Susan Garsh banned Robert Cusanelli of WHDH-TV from the courthouse on Thursday. He acknowledged on questioning from a lawyer for the station that he decided to find out where the jurors were parking. He said he didn't talk to them or take their pictures.

The judge said that was prohibited and could have caused a mistrial.

Jurors have now deliberated for nearly 16 hours and are due back Friday.

Hernandez is accused in the June 2013 killing of Odin Lloyd, who was dating his fiancee's sister.