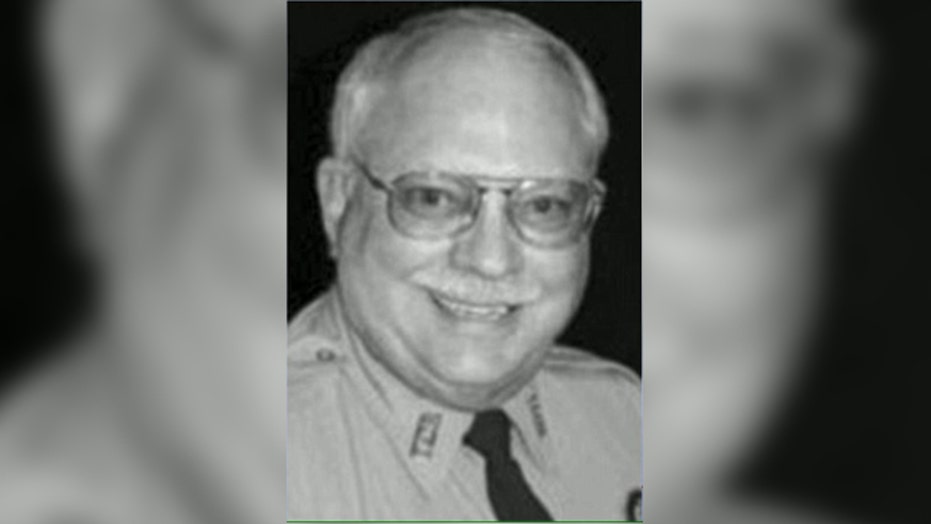 Prosecutors charged a reserve sheriff's deputy with manslaughter Monday in the death of a man who was fatally shot as he lay on the ground at the officer's feet — a shooting that was certain to raise questions about the use of volunteer officers to supplement full-time police.

The sheriff's office has said Robert Bates, a 73-year-old insurance executive who was volunteering on an undercover operation in Tulsa, mistakenly pulled out his handgun instead of his stun gun and shot the suspect as he struggled with deputies.

Bates, who is white, was charged with second-degree manslaughter involving "culpable negligence" for the April 2 death of Eric Harris, a 44-year-old black man.

A video of the incident shot by deputies with sunglass cameras and released Friday at the request of the victim's family, shows a deputy chase and tackle Harris, whom they said tried to sell an illegal gun to an undercover officer. As the deputy subdues Harris on the ground, a gunshot rings out and a man says: "Oh, I shot him. I'm sorry."

When Harris says he's losing his breath, a deputy replies, "F--- your breath."

Harris was treated by medics at the scene and died in a Tulsa hospital.

The family said in a statement that it was "saddened, shocked, confused and disturbed."

"Perhaps the most disturbing aspect of all of this is the inhumane and malicious treatment of Eric after he was shot," the family wrote. "These deputies treated Eric as less than human. They treated Eric as if his life had no value."

Oklahoma law defines culpable negligence as "the omission to do something which a reasonably careful person would do, or the lack of the usual ordinary care and caution in the performance of an act usually and ordinarily exercised by a person under similar circumstances and conditions," Tulsa County District Attorney Steve Kunzweiler said in a statement.

Tulsa Police Sgt. Jim Clark, who investigated the shooting as an independent consultant at the request of the sheriff's office, concluded that Bates had been so engrossed in the stress of the moment that he did not think clearly about what he had in his hand.

Authorities said Harris was considered armed and dangerous during the struggle with deputies.

The use of reserve officers is commonplace across Oklahoma and much of the nation. Cities and counties often turn to them for extra manpower because of a lack of resources and tight budgets. They are sometimes used to free up regular officers to concentrate on high-priority duties.

Reserve deputies are permitted to carry firearms but have far less training than regular officers.

About 4,000 reserve officers are active in Oklahoma, according to the Council on Law Enforcement Education and Training. Most are unpaid and volunteer simply out of a sense of civic duty, said council Director Steve Emmons.

While there's no current official tally, an article in the FBI Law Enforcement Bulletin in 2006 estimated the national total of reserve officers at 400,000.

In Oklahoma, reservists are required to complete 240 hours of basic training on subjects like civil and criminal law, traffic enforcement, investigations, firearms and defensive tactics. There is no age requirement, but all reserve officers must annually recertify with a minimum score on a firearms-training course.

"A lot of agencies, especially the smaller agencies in the state, have only one full-time officer on their staff," Emmons said.
Tulsa County, the state's second largest, has about 130 reservists who receive a minimum of 320 hours of training.

Bates, who was briefly a full-time officer with the Tulsa Police Department from 1964 to 1965, is now an insurance executive who updates his certification every year and has completed more than the state-required hours, said Tulsa County sheriff's spokesman Shannon Clark.

Bates was acting in a support role during the April 2 sting operation and does not typically confront suspects, Clark said.
Tulsa County Sheriff Stanley Glanz has described Bates as a personal friend, and records show he has been a generous donor to the department since he became a reserve deputy in 2008.

Besides a $2,500 donation to Glanz's re-election campaign in 2012, records released on Monday by the sheriff's office show Bates donated five vehicles, including a new Dodge Charger, a computer and forensic camera and a hand-held radio to the department from 2009 to 2011.