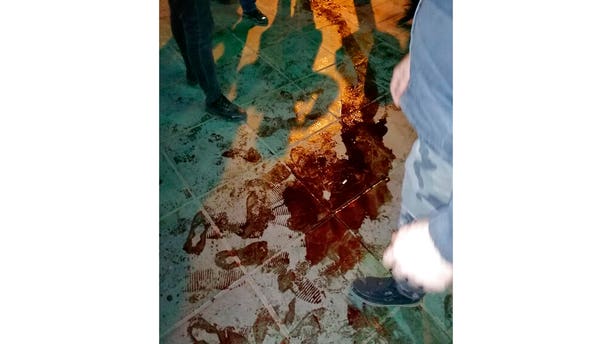 Good morning and welcome to Fox News First. Here's what you need to know as you start your Monday and new work week ...

There was no immediate report in Iranian state-run media on the incident near Azadi, or Freedom, Square in Tehran, but, if true, could be seen as an act of defiance against President Trump, who warned the regime against the use of deadly force. Trump late Sunday tweeted in Farsi that a combination of protests and sanctions have "choked off" Iran and said Tehran will be forced to the negotiation table.

Tehran has experienced unrest after the country admitted it mistakenly fired a missile that brought down a Ukrainian airline flight out of the country's capital, killing all 176 onboard. Click here for more on our top story.

Despite criticism from both Republicans and some of her fellow Democrats, Pelosi said her strategy was sound. She called a resolution introduced by Republicans -- and supported by Senate Majority Leader Mitch McConnell -- allowing for dismissal of the impeachment case if she failed to send the articles within 25 days a "cover-up."

Pelosi said she will talk to Democrats at the weekly caucus meeting Tuesday “on how we proceed further.” Fox News' Chad Pergram has an inside look at what could happen next. Click here for more.

Queen holding family 'Megxit' summit: report
All eyes are on Britain's royal family as Queen Elizabeth II has a private meeting Monday with Prince Charles, Prince William and Prince Harry to discuss Harry and wife Meghan Markle's decision to step back from their royal duties.

Last week, Markle and Prince Harry revealed that they would be stepping back as "senior members" of the royal family and would be splitting time between the United Kingdom and North America while working to "become financially independent." Sources told People magazine that the queen requested the high-level meeting to "talk things through." Meghan, who is currently in Canada, reportedly might call in for the meeting. Click here for more.

THE LATEST FROM FOX BUSINESS
Gas prices rise to start the new year.
Ford's China sales dropped 26 percent in 2019.
Why Target is thriving.

Steve Hilton takes aim at Trump's Republican critics after Iran’s apparent stand-down in the latest confrontation between Washington and Tehran.