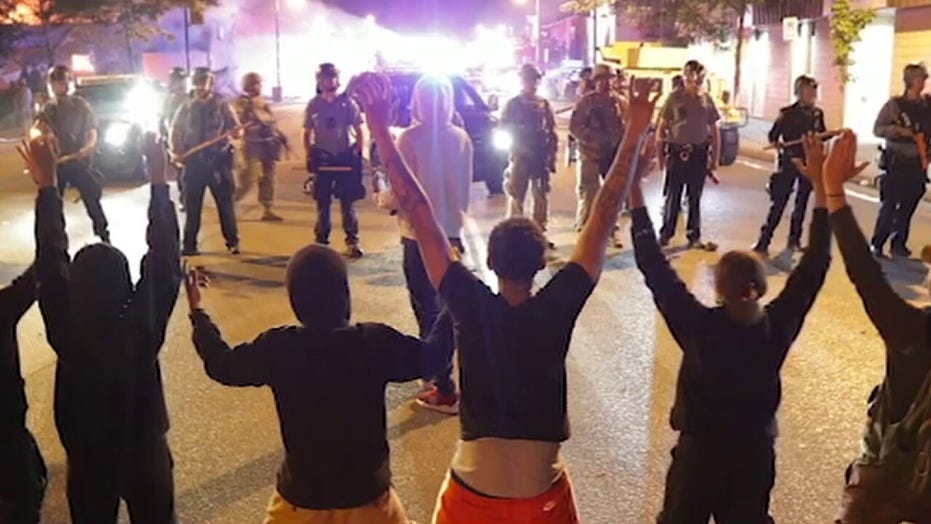 The Pentagon took the rare step of ordering the Army to put several active-duty U.S. military police units on the ready to deploy to Minneapolis amid George Floyd protests; Lucas Tomlinson reports.

President Trump urged Minnesota to beef up its response to ongoing riots and notified the nation that he's willing to deploy military forces to the state if needed.

The president specifically called out Minneapolis Mayor Jacob Frey, who asked his state's governor to call in the National Guard to deal with ongoing riots over George Floyd's death.

"How come all of these places that defend so poorly are run by Liberal Democrats? Get tough and fight (and arrest the bad ones). STRENGTH!"

Also on Saturday, Frey tweeted that Minneapolis was dealing with out-of-state instigators and "possibly even foreign actors" who were attempting to destabilize the city and region.

As unrest spread across the nation Friday, the Pentagon took the rare step of ordering the Army to put several active-duty U.S. military police units on the ready to deploy to Minneapolis.

Soldiers from Fort Bragg in North Carolina and Fort Drum in New York have been ordered to be ready to deploy within four hours if called, according to three people with direct knowledge of the orders. Soldiers in Fort Carson, in Colorado, and Fort Riley in Kansas have been told to be ready within 24 hours. The people did not want their names used because they were not authorized to discuss the preparations.

The get-ready orders were sent verbally on Friday, after President Trump asked Defense Secretary Mark Esper for military options to help quell the unrest in Minneapolis after protests descended into looting and arson in some parts of the city.

Rioters set police cars ablaze, smashed businesses’ windows and skirmished with baton-wielding officers in streets from Atlanta to Los Angeles, as anger over Floyd’s death spread across the country. Authorities were bracing for more violence Saturday.