However, McConnell told "Special Report" host Bret Baier that "there's a lot to happen between now and '24. I've got at least four members, I think, that are planning on running for president, plus governors and others. There is no incumbent, [so it] should be a wide-open race and fun for you all to cover." 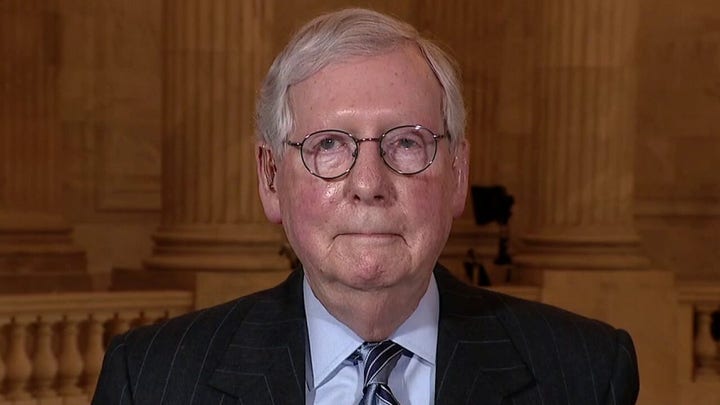 McConnell was lambasted by the former president recently after the senator condemned Trump’s behavior during the Jan. 6 Capitol riot. When asked by Baier to respond to Trump’s allegation that the Republican Party could never be respected if leaders such as McConnell remained in charge, he replied, "The Republican Party is actually in very good shape.

"We gained seats in the House. We elected 50 Republican senators when everybody was predicting we were going to lose the Senate. The Democrats didn’t flip a single state legislature. We flipped two [and] picked up a governor.

In other developments:
- Donald Trump Jr.: Donald Trump is 'still the future of the Republican Party'
- McConnell slams Dems' election reform bill as 'wrong response' to lack of faith in elections
- CPAC kicks off as Trump, Republicans eyeing 2024 campaigns seize chance to woo conservatives
- CPAC schedule: Who is speaking at the Conservative Political Action Conference in Florida
- Liz Cheney's latest anti-Trump comment prompts Freedom Caucus call for her to give up GOP leadership role

Time's Up vs. Cuomo: Advocacy group wants Democrat investigated over sexual harassment claims
Sexual harassment accusations against New York Gov. Andrew Cuomo have prompted advocacy organization Time's Up to call for an "independent investigation," according to a statement issued by its president. 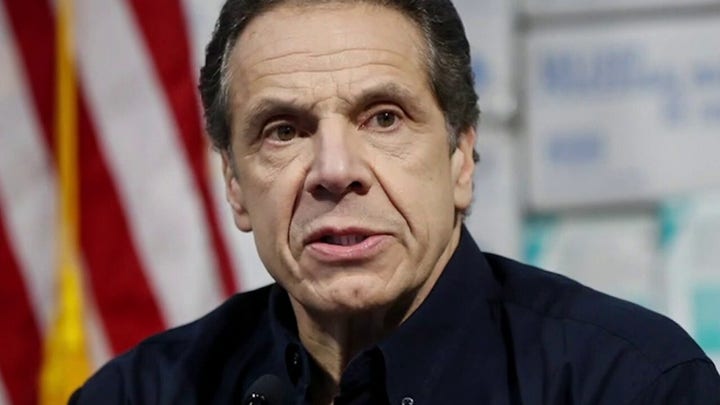 "Allegations of inappropriate behavior in any workplace are deeply troubling and should be addressed," said Tina Tchen, president and CEO of the organization. "We call on the Cuomo administration to conduct a full and independent investigation into these claims immediately."

On Wednesday, Cuomo's former deputy secretary and special adviser Lindsey Boylan published an essay in which she alleged sexual misconduct committed by the politician, which his camp has denied. CLICK HERE FOR MORE.

After Syria airstrikes, Biden, Psaki slammed for past tweets about Trump's military actions
Past Twitter messages from President Biden and one of his top aides -- both criticizing former President Trump -- weren't appearing to age well Thursday after Biden ordered airstrikes against an Iranian-backed militia stronghold in Syria.

In 2017, Jen Psaki, now the White House press secretary, questioned what the Trump administration’s "legal authority for strikes" was in Syria following a Trump-ordered military action.

"Assad is a brutal dictator," she tweeted, "But Syria is a sovereign country."

In other developments:
- US launches airstrikes against Iranian-backed forces in Syria
- Pompeo reacts to Syria airstrikes: 'I hope it wasn't just bombs in the desert'
- Iranian dissidents urge Bidn to keep up pressure onTehran, say regime at 'weakest point in history'
- Intense Israeli airstrikes in east Syria said to kill dozens 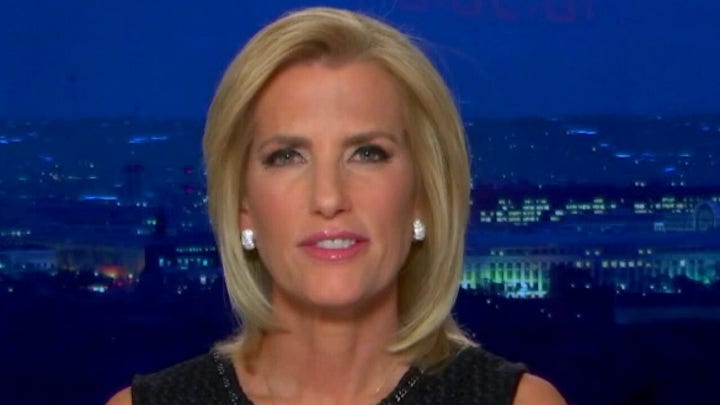 Laura Ingraham says the U.S. needs to send a message to the Chinese Communist Party by boycotting the 2022 Winter Olympics planned for Beijing.

"China is a brutal dictatorship, a repressive regime," Ingraham said in her monologue on Thursday night's edition of Fox News' "The Ingraham Angle." "China does not recognize individual freedoms -- freedom to worship, speak freely, petition the government. Fact: China has imprisoned and tortured political dissidents, Christians and currently has more than 1 million Uyghur Muslims in reeducation camps."

"Joe Biden claims that America's back and he wants to be a world leader," she continued. "If that's really true, he should start by announcing a boycott of the 2022 Winter Games in Beijing -- and then convince our allies in Europe and elsewhere to join the boycott."

Not signed up yet for Fox News First? Click here to find out what you've been missing.

Fox News First was compiled by Fox News' Jack Durschlag. Thank you for making us your first choice in the morning! Enjoy your weekend and we'll see you in your inbox first thing Monday.