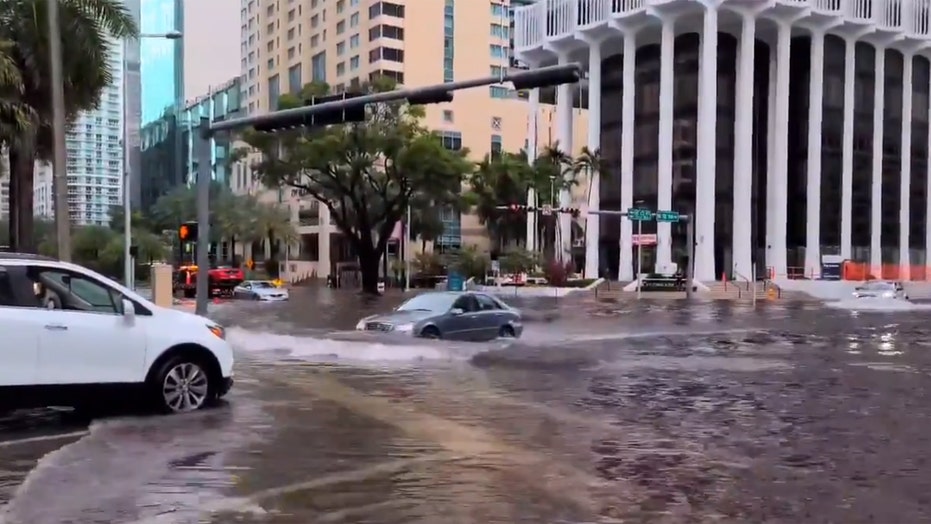 National forecast for Tuesday, May 26

The streets of downtown Miami were turned into canals on Memorial Day, stranding some drivers as a slow-moving tropical disturbance brought heavy rainfall and significant flooding to South Florida.

The National Hurricane Center (NHC) said that widespread showers and thunderstorms extending across Florida, the Bahamas and Atlantic are associated with an upper-level disturbance. While the system is not expected to develop into a tropical cyclone or storm, forecasters will monitor it as it moves up the East Coast.

"We don't think this is going to get a name, however, it's going to bring the threat for heavy rainfall across the east coast of Florida, including Cape Canaveral," said Fox News senior meteorologist Janice Dean said Tuesday on "Fox & Friends."

Heavy rain and some thunderstorms are expected through Tuesday.

"Regardless of development, heavy rainfall could cause flash flooding over portions of southern and central Florida tonight, spreading northward to coastal sections of northeastern Florida, Georgia, and the Carolinas on Tuesday and Wednesday," the NHC said.

The threat for thunderstorms and heavy rain from a tropical disturbance in Florida on Tuesday. (Fox News)

A total of 2 to 6 inches of rain will help the drought situation in the Sunshine State, but also will cancel a lot of outdoor events and possibly delay the SpaceX launch on Wednesday.

"We're going to see showers and thunderstorms in the area, unfortunately, during that window of opportunity, so the chances are, I would say 50/50, that we're actually going to see this happen," Dean said, adding that she guessed it would be postponed until Saturday.

Flood watches have been posted along Florida's East Coast due a tropical disturbance. (Fox News)

Forecasters put the odds of acceptable launch weather Wednesday afternoon at 40 percent, but that doesn’t include the conditions up the U.S. and Canadian coasts and across the sea to Ireland.

Hans Koenigsmann, a vice president for SpaceX, told the Associated Press the launch control team will incorporate global weather patterns and models to determine whether it's safe to launch.

The SpaceX Falcon 9, with the Crew Dragon spacecraft on top of the rocket, sits on Launch Pad 39-A May 25, at Kennedy Space Center, Fla. (AP Photo/David J. Phillip)

“If the weather gods are working with us," he said, liftoff will occur at 4:33 p.m. SpaceX has a split-second launch window.

The forecast for Tuesday across the nation. (Fox News)

In a special tropical weather outlook issued by the NHC, forecasters  said gusty winds could produce rough marine conditions, and life-threatening surf and rip currents along the coasts of eastern Florida, Georgia, and the Carolinas through Wednesday.

The Memorial Day holiday in South Florida was a washout, as heavy storms brought up to 5 inches of rain in Miami's Bicentennial Park, with flooding reported across the city.

Various videos from Miami showed vehicles trying to navigate through floodwaters that even filled streets downtown.

Residents told WSVN-TV that some cars were driving at speeds that caused water to surge into neighboring properties.

“Like 3 or 4 inches [of water] — I was there to clean and to try to remove the water as it came inside,” Frederic Joulin, the owner of Semilla, a French restaurant, told the television station.

Besides flooding, forecasters said that an EF-0 tornado touched down near Southwest 200th Street in Miami, knocking over some trees with winds up to 85 mph.

By Wednesday, 1 to 2 inches of rain, with locally higher amounts, are forecast for the Carolinas and into western parts of Virginia. That may add to troubles for areas that saw major flash-flooding last week. 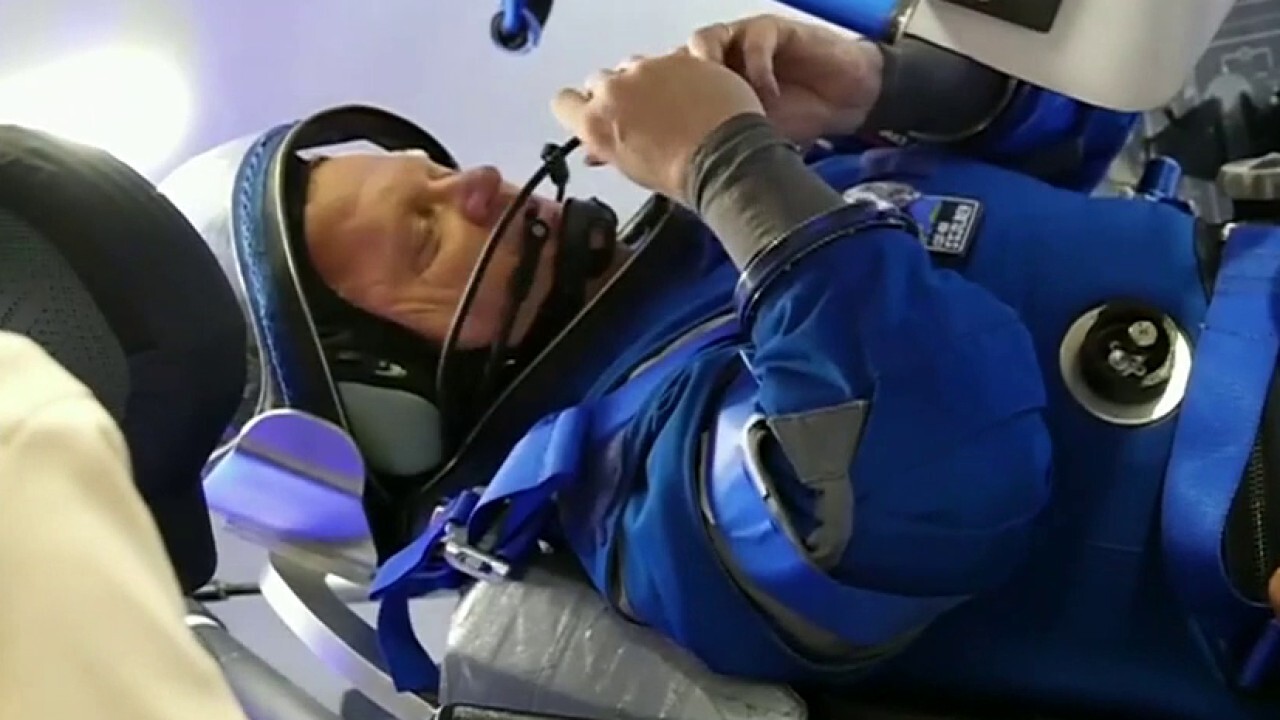 NASA, SpaceX teaming up to send first US astronauts to space since 2011

SpaceX will have at least two recovery ships deployed off Florida, and NASA will have two military cargo planes ready to take off. Additional planes will be stationed in New York and England to assist with any potential water rescue, according to the manager of NASA's commercial crew program, Kathy Lueders

If SpaceX doesn't launch Wednesday, its next attempt would be Saturday.