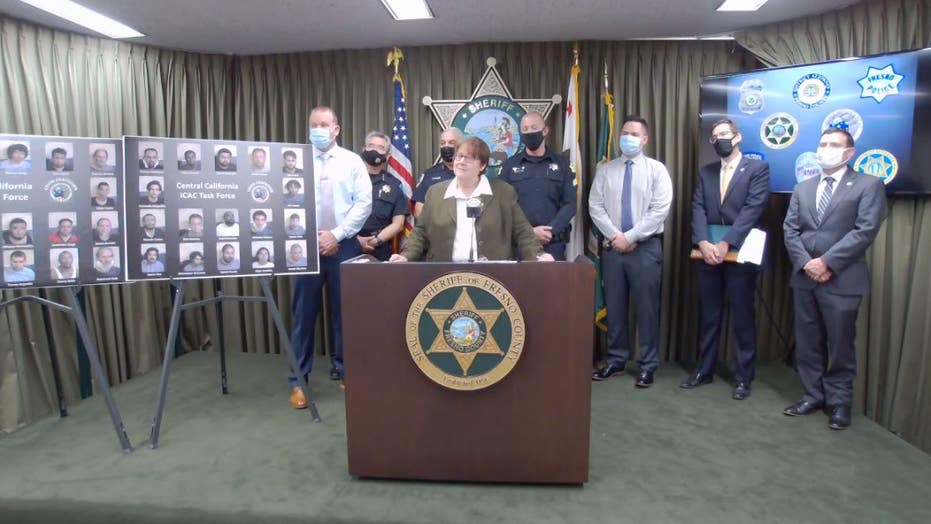 Nearly three dozen suspected child predators were nabbed by authorities during an undercover operation in California in which detectives posed as young children, authorities said Friday.

The Fresno County Sheriff's Office conducted "Operation COVID Chat Down" in conjunction with several other agencies. The 34 men arrested ranged in age from 19 to 63, authorities said during a news conference.

The operation was conducted from July 20 through Sunday. Officials said children have increased their time online because of lockdowns connected to the coronavirus pandemic.

"A potential danger of being online more is an encounter with a sexual predator who is seeking relationships with children," Fresno County Sheriff Margaret Mims said.

Detectives chatted with the suspects through unspecified online apps while posing as 12- and 13-year-old boys and girls.

"Once the suspect requested to meet with the child, detectives arrived at a predetermined location and arrested them," Mims said. "No actual children were ever used or placed into danger during the operation."

One 55-year-old man, Thomas Binford, is a registered sex offender with a prior arrest for sexually assaulting a child, she said. He was also found with child pornography, including images of infant rape, Mims said.

Another man, she said, intended to have unprotected sex with a 13-year-old girl and later told detectives he was HIV positive.