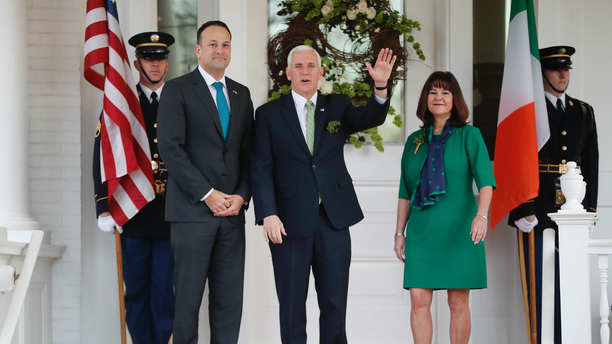 An attorney for protesters in Georgia is claiming victory in a brief free speech fight with Savannah officials after the city scrapped plans to ban signs from a leg of its St. Patrick's Day parade being secured for Vice President Mike Pence.

Attorney Will Claiborne said Friday that City Hall lawyers have assured him they will allow "handheld signs without restriction" during Pence's visit Saturday.

The lawsuit prompted an immediate reversal from Savannah city officials, who planned an afternoon news conference Friday. City spokeswoman Michelle Gavin said she had previously "put out misinformation" that signs would be banned.

The American Civil Liberties Union says it's suing the city of Savannah over plans to ban signs in an area of Savannah being secured for Vice President Mike Pence's visit to the city's St. Patrick's Day parade.

The announcement Friday prompted an immediate reversal from Savannah city officials. City spokeswoman Michelle Gavin told The Associated Press she misspoke when she said earlier in the week that signs would be prohibited in a secure zone during Pence's visit Saturday. Gavin says the city is allowing signs with some possible restrictions.