Some lawmakers are criticizing Oregon's limits on group activities so close to the Thanksgiving holiday while proponents of the measures stay quiet on the nightly riots in Portland involving hundreds of people.

Gov. Kate Brown, a Democrat, ordered a two-week freeze that includes limiting indoor and outdoor gatherings to no more than six people from no more than two households in an effort to curb the spread of the coronavirus.

“For the last eight months I have been asking Oregonians to follow the letter and the spirit of the law and we have not chosen to engage law enforcement,” Brown said Friday. “At this point in time, unfortunately, we have no other option.” 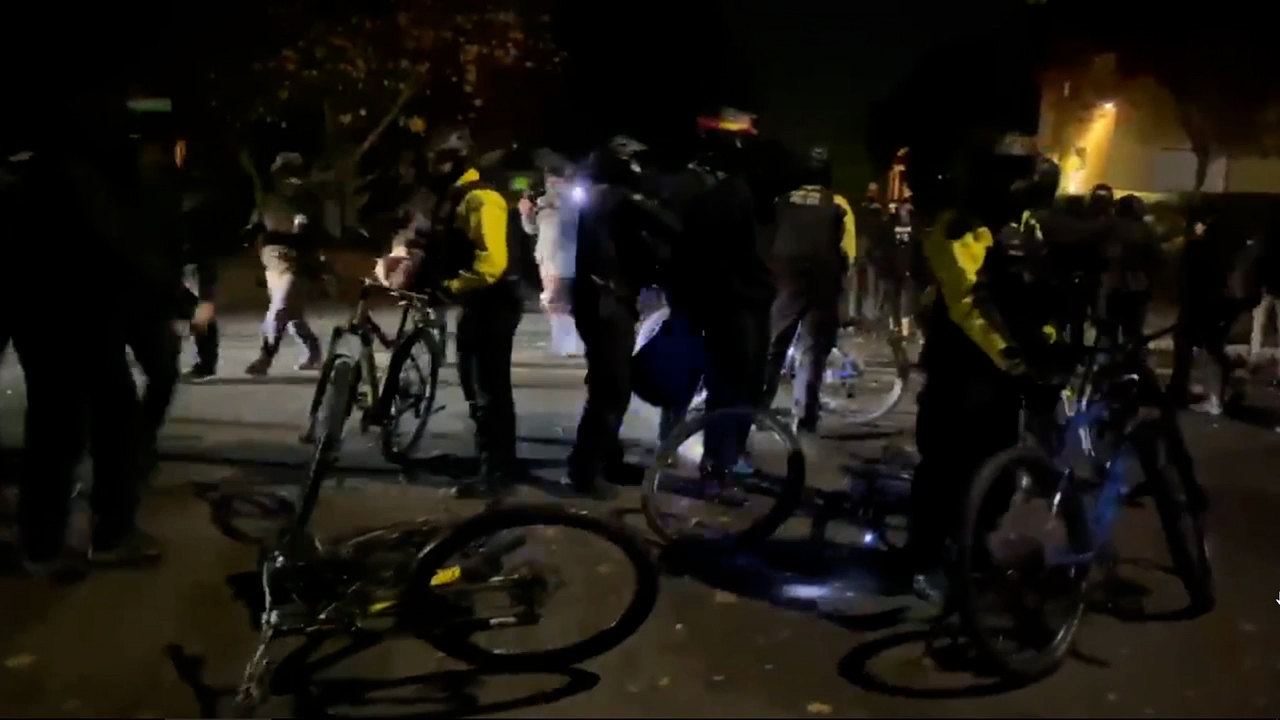 Violators could face up to 30 days in jail, up to $1,250 in fines, or both, the Oregonian reported. Brown said she would work with state police and local law enforcement to encourage Oregonians to comply with her mandate.

The order does not specifically call out protests but also allows faith-based gatherings of up to 25 people indoors and 50 people outdoors.

"In Oregon, you can be jailed for having too many people over for Thanksgiving," he tweeted Monday. "But if you want to riot and loot in Portland, no sweat!"

Tootie Smith, the newly-elected chairwoman for the Clackamas County Board of Commissioners, posted on social media that she plans to invite "as many friends and family as I can find" for the holiday.

“She [Gov. Brown] wants to arrest law abiding citizens in their homes for eating dinner that is the most ridiculous public policy I've ever seen, and I've been in politics since 1988,” Smith said in an interview online, according to KATU-TV.

"For those most vulnerable, they should stay home and they should take precautions. They should order their groceries at home,” he said. “But for those of us who are not in that vulnerable category, who aren’t as nervous and scared to go out and are willing to take precautions: social distancing, masks. Let’s all do our part to get this economy going."