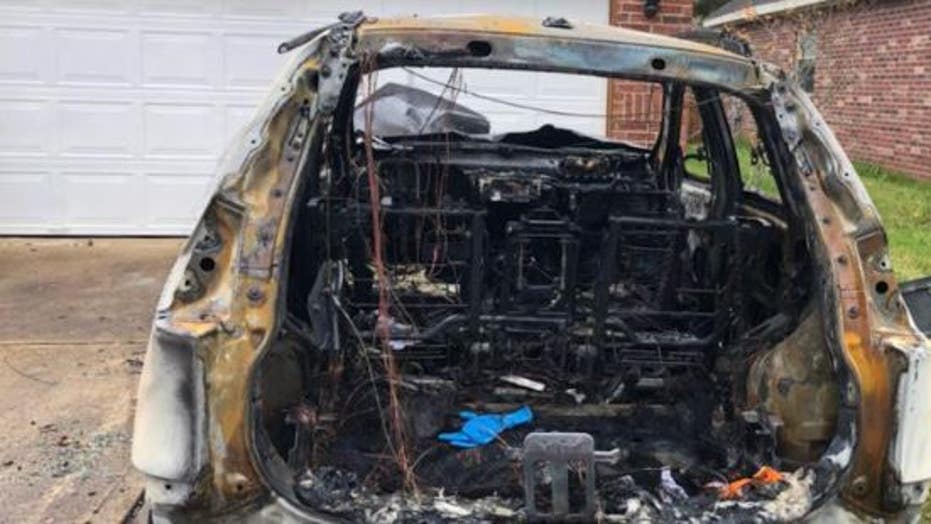 A sergeant with the Fort Bend County Sheriff’s Office in Texas was twice targeted this week with Molotov cocktails thrown at his property, investigators said.

The first attack unfolded Monday night at the sergeant’s home in a neighborhood just west of Houston, the sheriff’s office wrote in a news release.

Somebody hurled a Molotov cocktail at the sergeant’s house and struck a window.

The sergeant awoke to find part of his house on fire, the Houston Chronicle reported. No one was injured.

Then, around 3 a.m. Sunday, a second Molotov cocktail was thrown at the same house, hitting a parked vehicle that became “engulfed in flames,” the sheriff’s office said.

“This is a dangerous game people are playing,” Fort Bend Sheriff Troy Nehls said. “It’s scary. It’s sad and we’re on top of this investigation.”

Surveillance footage from around the time of the second incident showed a vehicle of interest. It appeared to be a model black F-250 with a ladder rack. The driver could be seen wearing blue jeans, white sneakers and a baseball cap.

Nehls said the sergeant – who has not been publicly identified – worked robbery and homicide investigations for the sheriff’s office.

He added that investigators will look at the sergeant’s previous cases to determine whether the arsons were committed in retaliation.

The Fort Bend County Sheriff’s Office was offering a cash reward of up to $10,000 for any information leading to an arrest.

Anyone with information was asked to call Fort Bend County Crime Stoppers.