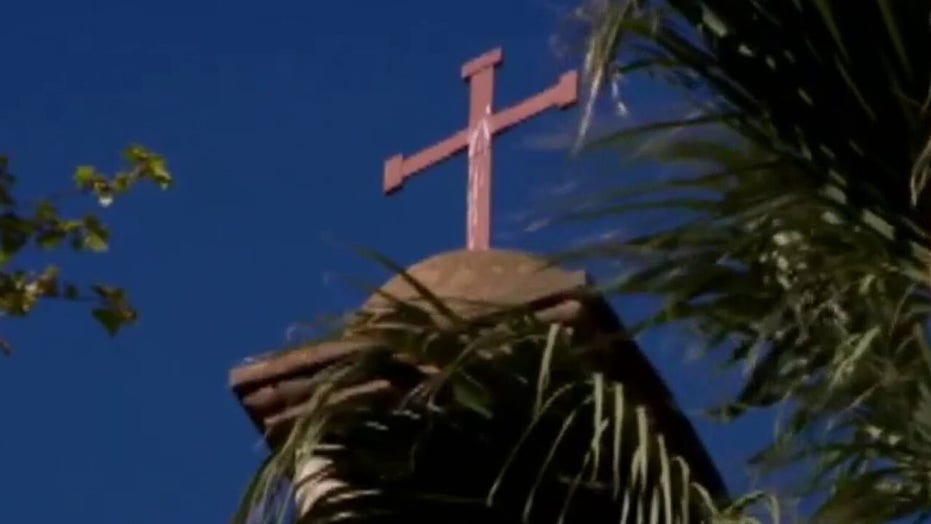 Many faith leaders say they will defy government orders if necessary to reopen; Doug McKelway reports.

The mayor of a small city in Texas said women should not be allowed to lead the prayers at public meetings of the City Council, pointing to two verses in the Bible that he says were meant to be taken literally.

In an email Sunday to fellow Wylie City Council member Jeff Forrester, Mayor Eric Hogue urged that a male be chosen to lead the prayers at the next meeting on Tuesday.

“All I ask is that those leading the public prayer be young men,” Hogue, who is currently serving his last term as mayor after 12 years, wrote. “As a preacher for the Cottonwood Church of Christ, we take the two verses below literally.”

Hogue went on the cite a passage from 1 Corinthians that, according to his email, says: “Let your women keep silence in the churches: for it is not permitted unto them to speak; but they are commanded to be under obedience as also saith the law. And if they will learn anything, let them ask their husbands at home: for it is a shame for women to speak in the church.”

He cited another passage from 1 Timothy that said: “Let the women learn in silence with all subjection. But I suffer not a woman to teach, nor to usurp authority over the man, but to be in silence.”

The contents of the email, which Forrester says was released through an open records request, was posted on several Facebook pages related to Hogue's politics, as well as to the page of the church he belongs to.

Hogue confirmed the email’s authenticity to WFAA-TV on Wednesday and doubled down on his beliefs.

“I believe a lady can be president of the United States,” Hogue said. “I believe a lady can be CEO of a company, the superintendent of a school district. But I believe, and this is me, when it comes to [picking] somebody to lead the invocation at a City Council meeting, because of those two sets of verses, I’m going to choose a male.”

Forrester said he hasn't seen Hogue disparage women in his nearly five years as a council member but said he was “shocked by his response.”