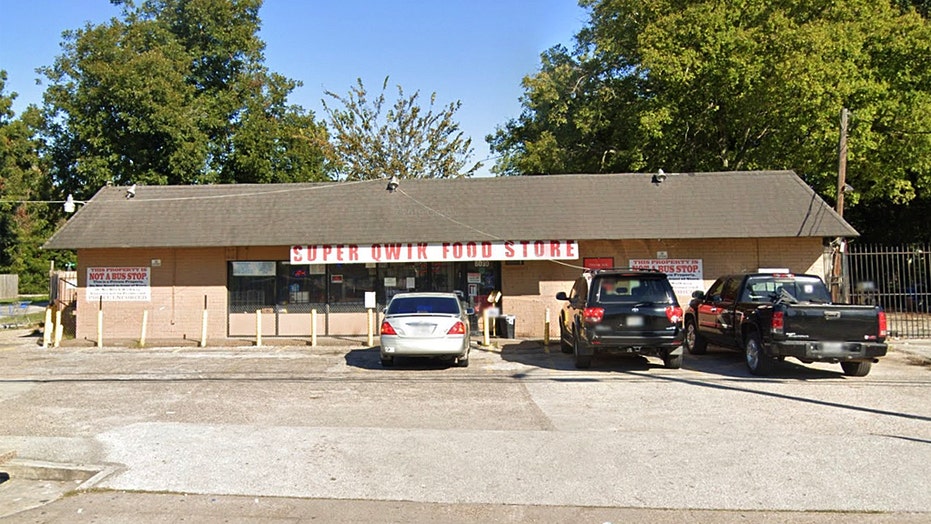 A Texas corner store clerk shot and killed a robbery suspect Monday night who allegedly first fired at him after trying to pass a counterfeit $20 bill, according to reports.

The Houston Police Department responded to calls about a robbery taking place at the Super Qwik Food Store off Fulton Street and Julia near the North Freeway around 10 p.m.

By the time officers arrived at the scene, a man had been shot and was transported to the hospital, where he later died.

“Luckily and fortunately for the convenience store clerk, he had a gun with him. He was able to return fire,” Houston Police Sgt. J. Horn told KHOU. “The suspect or the robber collapsed here at the store. He was transported to the hospital where he died later.”

The man, who has not been identified by authorities, allegedly tried to use a counterfeit $20 to make a purchase, but the clerk told him he could not accept the bill, KTRK reported.

Police said the robbery suspect then made his way into the clerk’s secured area, pulled out a gun and fired at him at least once within close range, narrowly missing him.

The clerk then pulled out a gun of his own and fired at the man, striking him multiple times.

“He’s very fortunate to be alive right now. We’re thinking that the bullet that the robber or suspect fired was only a few inches away from him,” Horn said.

Horn said the clerk was not harmed in the incident. No charges have been brought against him.

The suspect had a criminal record and was released on parole for a similar alleged robbery incident that happened last summer, KHOU reported, citing police records.