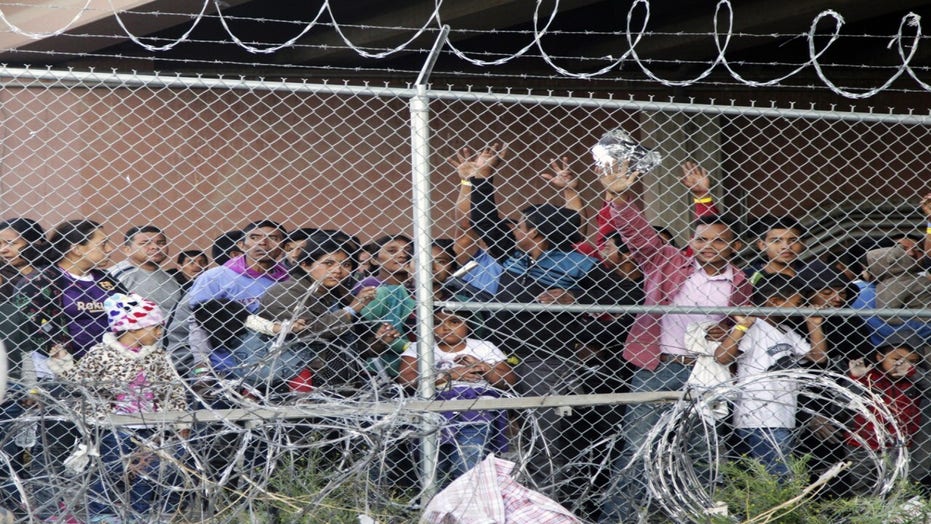 Eight illegal immigrants have been pronounced dead in Texas after the truck they were traveling in crashed head-on with another vehicle, officials say.

The fatal accident occurred Monday afternoon about 30 miles north of Del Rio, a city on the U.S.-Mexico border.

"Preliminary investigation revealed a red Dodge pickup was evading from DPS troopers traveling on US 277 when it caused a head-on collision with a white Ford F-150," the Texas Department of Public Safety said in a statement to Fox News. "Due to injuries sustained, 8 undocumented passengers from the Dodge pickup were pronounced deceased on scene."

The aftermath of the head-on collision, which left 8 dead. (Texas Department of Public Safety)

It was not immediately clear why the DPS troopers initially launched a pursuit of the truck. The department did not respond to a request from Fox News for further comment.

The driver of the truck carrying the migrants also tried to flee on foot following the crash, but was taken into custody, officials added.

The crash remains under investigation.