As a heat wave scorches the Southwest, bringing record-shattering temperatures, officials at the Texas power grid operator are warning residents to prepare for continued outages and to conserve energy.

The Electric Reliability Council of Texas (ERCOT) said Monday in a news release that a "significant number of forced generation outages combined with potential record electric use" in June had resulted in "tight grid conditions."

In a statement released on Tuesday, the agency said Texas residents had been compliant with requests and "responded strongly by reducing electric demand during the late afternoon," but the need for conservation during peak hours – between 3 p.m. and 7 p.m. CT – would still extend through Friday.

ERCOT said that it had been "leveraging every resource at its disposal" and that the power grid was "operating exactly as it was designed and intended."

"The issuance of conservation notices is a common practice and prevents ERCOT from entering emergency conditions. Conservation efforts combined with the changes in procedures and processes implemented by ERCOT and the PUC following the winter storm prevented the possibility of rotating outages yesterday and ensured that no Texans lost power," it added.

In February, winter storms knocked out electricity for days, impacting millions of residents and leading to exorbitant bills from companies like wholesale electricity provider Griddy and a shortage of clean water.

The Texas Department of State Health Services tallied 151 confirmed deaths in the extreme weather event, though a recent Buzzfeed News analysis estimated that there were around 700 people killed.

Since then, multiple ERCOT board members have resigned.

During a recent legislative session, Texas lawmakers made significant changes including mandates to "weatherize" power plants for extreme temperatures and new processes to avert communication failures, though energy experts have criticized the reforms.

After signing two new bills in response to the catastrophe, Gov. Greg Abbott declared last week that new reforms would "fix all of the flaws."

In May, ERCOT said it anticipated similar record-breaking electric demand over the summer and identified "low-probability, high-impact situations similar to the February winter event in its seasonal assessments, to ensure all market participants and government officials have a comprehensive view into market conditions."

The grid operator said it would visit selected power plants across Texas to evaluate summer weatherization plans for the first time and coordinate with Transmission Service Providers (TSPs) to limit planned outages during the summer months.

ERCOT is appealing to residents to set thermostats to 78 degrees or higher, turn off lights and pool pumps and avoid using large appliances in order to mitigate the threat.

ERCOT had predicted a peak demand load on its system of more than 73,000 megawatts and, as of Monday afternoon, 12,178 megawatts of the grid's 86,862 megawatts of generating capacity were unexpectedly offline.

That measurement was enough energy to power 2.4 million homes.

As of Tuesday, The Texas Tribune reported that 1,200 megawatts of power had been regained to the grid. 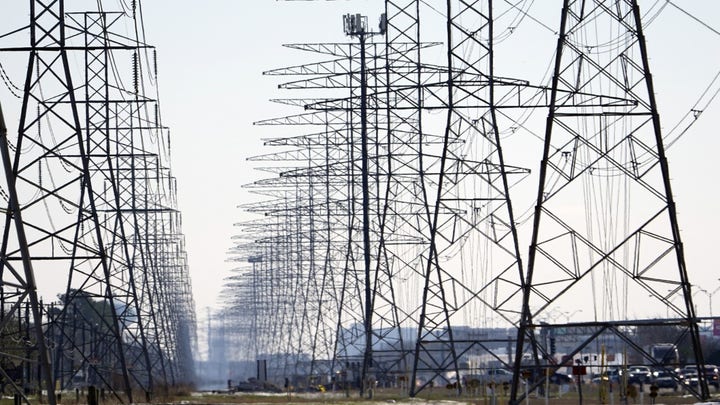 Woody Rickerson, ERCOT's vice president of grid planning and operations, said that the department would be "conducting a thorough analysis with generation owners," adding that it was "unusual" for so early in the summer season.

In a telephone conference, ERCOT spokeswoman Leslie Sopko said ERCOT was seeing three to four times the number of forced thermal generation outages on its system.

Sopko said wind-powered generator output was producing about 1,500 megawatts less than what is typically available for peak conditions on Monday between 3 p.m. and 9 p.m. CT.

ERCOT had previously predicted a peak demand of 77,144 megawatts this summer.

Temperatures in big cities like Houston, Dallas and Austin have extended into the 90s this week, raising questions about the grid's future.

Notably, the ERCOT power grid is the only grid in the nation contained within the borders of a single state.