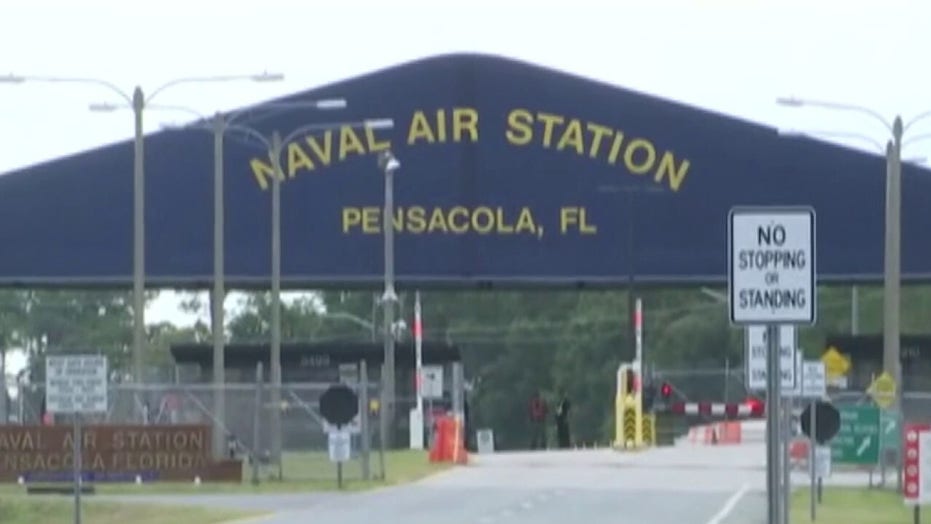 A manhunt was underway in Texas for a possible second suspect after a Thursday shooting at Naval Air Station Corpus Christi in Texas that was “terror-related.”

“We may have a potential second related person of interest at large in the community,” Leah Greeves, an FBI supervisory senior resident, told reporters, according to KRIS-TV of Corpus Christi.

In a series of Twitter messages late Thursday, the FBI’s Houston office called on the public to share any information they may have about the NAS Corpus Christi incident.

“We are not ruling out any possible motives and continue to investigate all leads,” the FBI said in a post. “When we are able to release additional information, we will do so.”

A gunman described as an “Arab male” and later identified by The Associated Press as Adam Alsahli of Corpus Christi was killed in a gunbattle with law enforcement at the station, located along the Gulf of Mexico, about 229 miles southwest of Houston.

Authorities say the suspect tried to speed his vehicle through a security gate at the naval facility around 6:15 a.m. Thursday but was stopped by a guard who managed to put up a barrier in time to block the driver’s access.

A female security officer was shot in the chest during an exchange of gunfire with the suspect, but she was wearing body armor and survived with only minor injuries, KRIS reported.

Other security personnel soon arrived and fatally shot the suspect, the AP reported.

But authorities would not confirm whether the operation was related to the incident at NAS Corpus Christi, the Caller Times of Corpus Christi reported.

After the shooting, the naval air station was on lockdown for about five hours as authorities conducted their investigation.

At a news conference, Greeves declared the incident “terror-related,” but provided no details on how investigators reached that conclusion.

“We are working diligently with our state, local and federal partners on this investigation, which is fluid and evolving,” Greeves said.

Attorney General William Barr has been briefed on the matter, a Justice Department spokesman told the AP.

A similar lockdown occurred at NAS Corpus Christi last December after a suspect with a stolen firearm rammed a truck into a barricade there. The suspect later pleaded guilty to destruction of U.S. government property.

Thursday’s incident also follows a Dec. 6 shooting at NAS Pensacola in Florida that left three U.S. sailors dead and eight other people wounded. The suspect in that case, who had been in contact with al-Qaeda operatives, was killed by a sheriff’s deputy.